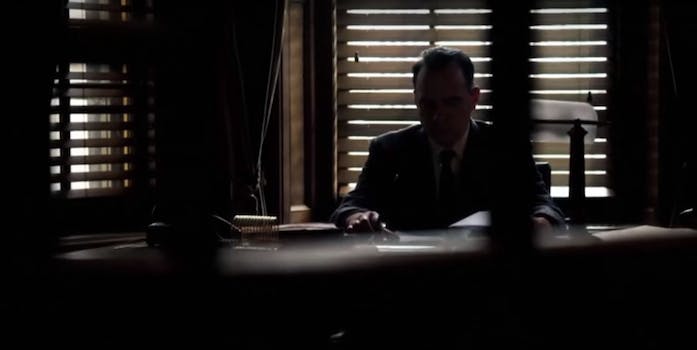 Get your Kevin Spacey fix online.

Netflix has Kevin Spacey playing fictional U.S. president Frank Underwood in the series House of Cards. Now, competing streaming service Hulu has Spacey talking about the real-life aspirants for the office in Race for The White House, a six-part docu-series narrated by the actor that premiered on CNN in March and went on to become the most watched original series in the network’s history.

The series debuts Wednesday on Hulu.

Each hour-long episode of Race for the White House combines rare archival footage, interviews, and stylized dramatizations to tell the story of one campaign for the presidency of the United States. Elections covered include Lincoln v. Douglas, Kennedy v. Nixon, and Bush v. Dukakis.  The series was executive produced by Spacey and Dana Brunetti through their company Trigger Street Productions.

Race for the White House joins a growing list of political programming streaming on Hulu that includes Triumph’s Election Special 2016, which premiered its first installment in February and will debut a second later this year.