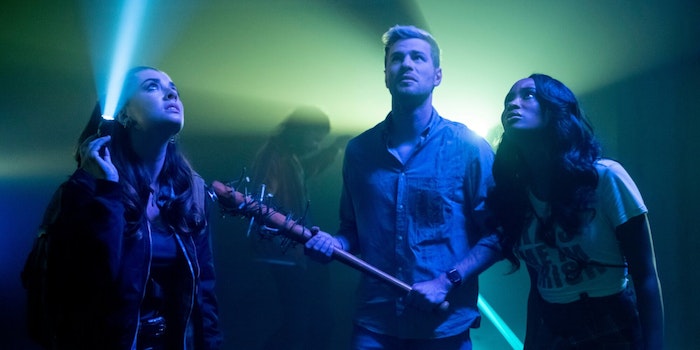 Hulu's 'Into the Dark' cuts loose for a fun ride.

Goofballery is the name of the game in Crawlers, and what a fun game it is. Hulu’s holiday horror-themed Into the Dark follows up last month’s abusive relationship screed My Valentine with a St. Patrick’s Day romp. Set in a quaint college town, Crawlers lets its young academics cut loose before unleashing shape-shifting aliens on them. Crawlers is silly, paced like the world’s most chaotic rush weekend, and it’s a blast. It’s the platonic ideal of what the anthology series can be. It marries a simple concept with the energy of a scrappy low-budget movie and a game cast. Crawlers won’t unseat The Thing or Invasion of the Body Snatchers, but it pays homage to its forbearers and is a decent genre exercise in its own right.