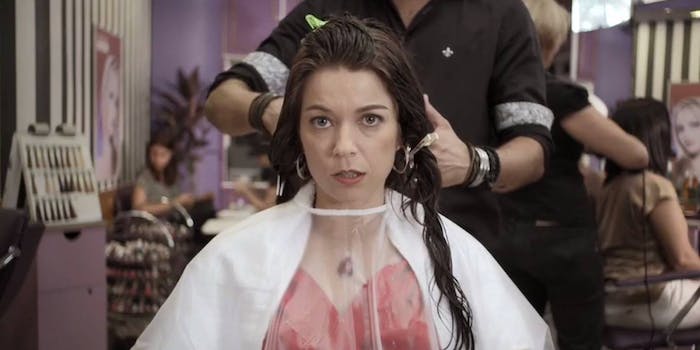 That'll be a fun PR campaign.

According to The Hollywood Reporter, Hulu is developing Stiller’s half-hour comedic anthology series, which is based on a Brazilian show called As Canalhas. That roughly translates to “the bastards,” and each episode spotlights a different woman who tells of the “evil deeds” she’s committed against friends, lovers, strangers, or family.

This adaptation has the same format, with each woman “confiding her dirty deeds and misadventures to her hair stylist. These include stories of confronting dominant husbands, turning the tables on frenemies and finding sweet vengeance after being cruelly pushed to the edge.” As Hulu tries to drum up more original comedies, this could be seen as its answer to Netflix’s comedy anthology show The Characters, but “racy.”

Stiller’s production company, Red Hour, is set to produce, and director Nzingha Stewart (Pretty Little Liars) is writing. Last week at Newfronts, Hulu announced it’s getting into live TV this year and that it hit 12 million subscribers in May.