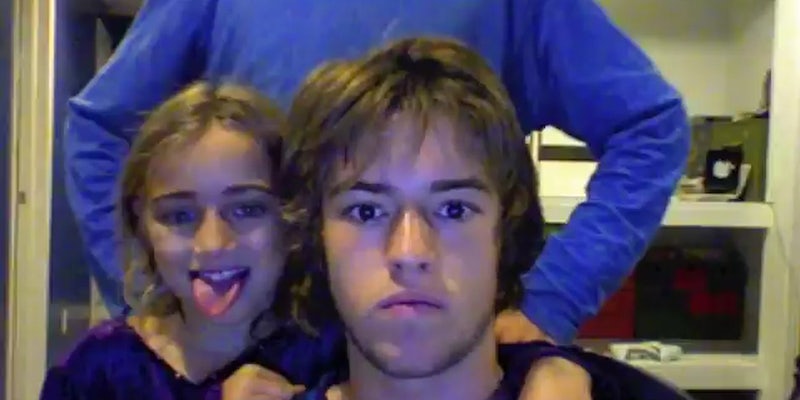 Inspired by Noah Kalina, a teenager photographed himself in the same position for four years. The resulting video is a deceptively complex document of the speed of life.

In 2006, photographer Noah Kalina posted a montage of self-portraits to YouTube. Kalina, 26, had snapped pictures of himself in nearly the same position each day for six years. His static stare, set against rapidly changing backgrounds, turned the hundreds of images into a single portrait of a man aging over time.

Since then, more than 22 million people have since seen Kalina’s video.

One of those was 12-year-old Hugo Cornellier. Inspired by Kalina’s work, Cornellier mimicked its concept. For the past four years, he’s taken pictures of himself in nearly the exact same position.

The result is a minute-long video—a fascinating portrayal of youth, aging, and the turbulent velocity of adolescence.

Cornellier posted the video to social news site Reddit’s r/IAmA section over the weekend, where it briefly hit the section’s front page before moderators removed it for undisclosed reasons.

Cornellier, now 16, wrote that he missed a day or two but that he was pretty “obsessive” about the project. “I would take my laptop EVERYWHERE my family went,” he wrote on Reddit. “Whether it was a holiday or to visit family for a few days. I always had to take my photo every single day, no matter what.”

His obsession shows no signs of dying down either. “I plan on keeping this up forever,” Cornellier wrote. “Either until the day where I am physically incapable of continuing, or the day that I die.”