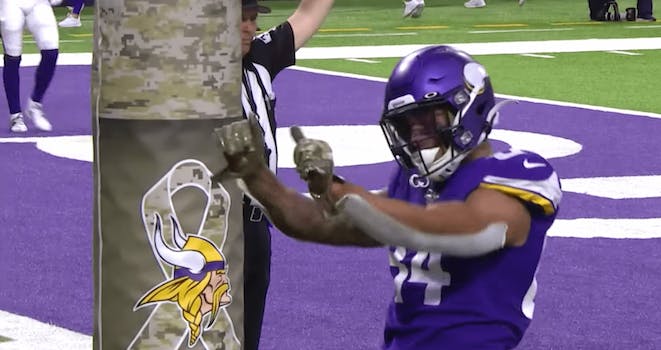 ‘Hawks vs. Vikes: How to watch Monday Night Football online

Two of the NFC's best offenses battle it out.

If you watch the Seattle Seahawks every week, you get the feeling that they are sure to slip soon. So many wins are by one score and it takes so many last-minute heroics to get them there.  But, they just keep winning. No matter their opponent, most of their games end with Seattle on top, if only by a couple of points. With only two losses so far this year, it’s hard to imagine that changing, though they might have their hands full with the Minnesota Vikings.

After a spotty start to the season, the Vikings have won six of their last seven games as they have put together one of the most feared offenses in the NFL. With the incredible running game of Dalvin Cook and the amazing connection between Stefon Diggs and quarterback Kirk Cousins, in some games, this team looks unstoppable.

Both of these offenses have had great seasons. The Seahawks are ranked fourth and the Vikings sixth. Minnesota has had the far better defense, slotted at seventh compared to Seattle’s 21st-ranked unit. But, when Russell Wilson plays quarterback, he works magic. It’s hard to explain, and looking at his stat lines, you might not see it: But he just wins games.

This is one of the hardest games of the week to call and it might be one of the most exciting, as these two teams gear up for a push to the postseason. Here’s everything you need to know to live stream Seahawks vs. Vikings, including what to watch for on the field.

Seahawks vs. Vikings live stream: How to watch MNF online

But AirTV—which has no monthly fee—serves to strengthen one of Sling’s biggest weaknesses compared to other live streaming services like Hulu with Live TV and YouTube TV. Those services have plenty of local channels. While select NFL and college football games (on Fox, FS1, and FS2) are no longer on Sling, you can still catch Fox games with AirTV.

Seattle Seahawks vs. Minnesota Vikings live stream: What to expect

Wilson is a special player and he is having an MVP-caliber season. It isn’t always in the stat line, though he is capable of putting up numbers like his 378-yard, five-touchdown, zero-interception game against the Buccanneers. Even in games like last week’s 200-yards-and-a-pick day, Wilson just knows how to make plays when it counts.

Cousins has played well recently, but he is in many ways Wilson’s opposite. He puts up yards week in and week out but has also built a reputation for erratic play, prone to making mistakes in high-stress games.

Despite the defensive advantage the Vikings have coming into this game, this matchup will likely come down QB play. On a good week, Cousins plays as well as any in the league. If he’s off, and Russ is on, look for the Hawks to win decisively.

Regardless of the outcome, both teams will be primed for a playoff run as the regular season winds down. While some offenses in the league have stagnated, these two teams have found ways to get better throughout the year. For the Seahawks, it has been the emergence of D.K. Metcalf at receiver and Jacob Hollister at tight end that has helped the passing attack match the strong run game.

The Vikings have found a new weapon in former high draft pick Laquon Treadwell during Adam Thielen’s extended absence while continuing to find new ways to make the most of Cook’s many talents.

This might be the hardest game to pick out of all of the Week 13 matchups, but we’ll give the slight edge to Wilson because picking against him hasn’t worked out so well this season.