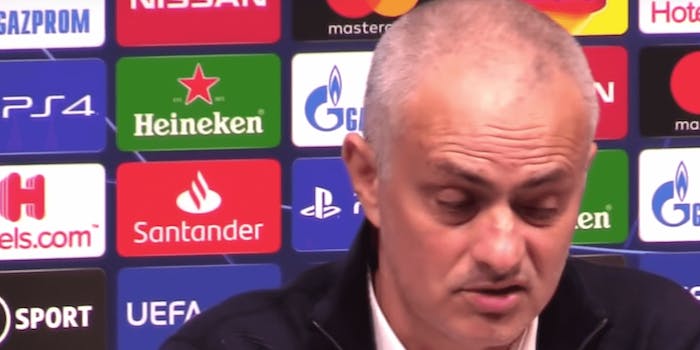 How to stream Tottenham Hotspur vs. Wolves live

Here’s everything you need to know to stream Tottenham Hotspur vs. Wolves live on Sunday.

Here’s everything you need to know to stream Tottenham Hotspur vs. Wolves live on Sunday.

Tottenham Hotspur returns home to host Wolverhampton Wanderers, after losing 2-1 to London rivals Chelsea at Stamford Bridge last weekend. Coming off the back of a 1-0 home defeat to German club RB Leipzig in the UEFA Champions League last week, Spurs manager Jose Mourinho finds himself in his first difficult period since joining the club at the end of 2019.

Wolves, under manager Nuno Espirito Santo, have continued their good form from last season, sitting two points back of a UCL berth and through to the Europa League Round of 16.

The match is on NBC Sports Gold; this streaming service provides fans the opportunity to catch Premier League action throughout the season.

Tottenham (last five league games: DWWWL) has new life in its quest for Champions League soccer next season, given Manchester City’s two-year ban from all UEFA competitions starting at the end of this season. This means sixth-placed Tottenham is now just one point out of the fourth qualifying spot, but things have taken a turn for the worst in the medical department at the worst possible time. Star forwards Harry Kane and Son Heung-Min are out for extended periods of time if not the whole season, and Mourinho will need to get creative if he is to fulfill his promise of again bringing back Champions League football to the white side of North London.

Wolves (last five league games: WLDDW) haven’t had to long to savor their ongoing Europa League adventure. Wolves have had a decent recent record against Tottenham, including a 3-1 win at Wembley Stadium last season. Spurs may have the advantage on paper, but the teams are evenly matched based on this season’s table and Wolves’ ability to win big games on the road in London.