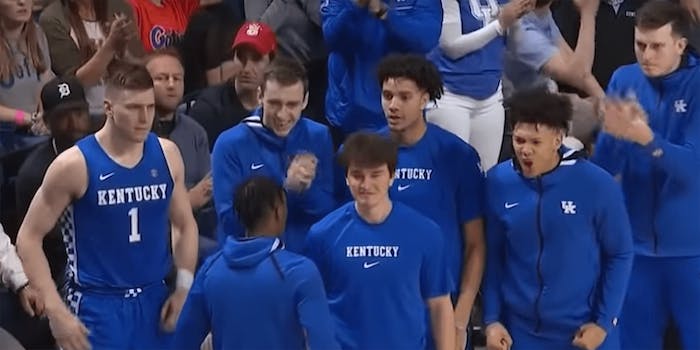 How to stream the SEC Tournament live

Kentucky, Auburn, and LSU are among the favorites in the SEC Tournament starting Wednesday in Nashville.

Here’s everything you need to know to watch the 2020 SEC Tournament, running Wednesday through Sunday in Nashville.

To many college basketball fans, Kentucky is the SEC, and it’s the clear favorite heading into the SEC Tournament starting Wednesday. Right now, the SEC’s projected to only have four representatives in the NCAA Tournament next week, with Auburn, Florida, and LSU joining the favorites. The wild card in the contest may be Mississippi State, which will need a strong tournament to bump another bubble team into the NIT.

The games are mostly on the SEC Network, with the final and other select games on ESPN; these streaming services provide fans the opportunity to catch college basketball throughout the season.

This is according to the DraftKings oddsmakers as of March 11.