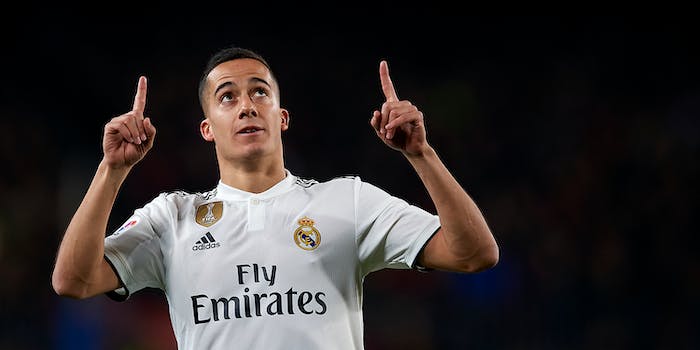 How to stream Real Madrid vs. Celta Vigo live

Real Madrid will look to keep its lead in La Liga.

Here’s everything you need to know to stream Real Madrid vs. Celta Vigo live on Sunday.

Real Madrid is atop La Liga, and after a 4-1 win over Osasuna last weekend, it looks like its in good form to stay there through the end of the season — all it has to do is win out. But should it slip only once, it could let Barcelona back in. Speaking of, there’s a March 1 El Clásico on the calendar that looks huge now. And though other top teams got knocked out of the Copa del Rey this past week, Real Madrid’s exit was in a 4-3 instant classic to Real Sociedad, showing that Los Blancos aren’t invincible.

Hosting Celta Vigo should be a fairly easy affair; after all, it’s a team in danger of relegation coming to one of the toughest venues in La Liga. But given Celta Vigo’s recent showing, with only one loss in its last five, this isn’t the gimme some fans might expect.

Real Madrid (last five La Liga matches: WWWWW) got goals from Isco, Sergio Ramos, Lucas Vazquez, and Luka Jovic last weekend to dispatch Osasuna but then fell in the Copa del Rey in the same round Barcelona bowed out. Real still has a six-match win streak going from the start of the calendar year.

Celta Vigo (last five La Liga matches: DDDLW) is above the drop zone at present, thanks to a surprising, come-from-behind win over Sevilla. Going to Real Madrid jeopardizes Celta Vigo’s recent results-laden run of form, but given what the squad’s put together lately, it appears it’ll find a way to avoid relegation (though don’t count out an Espanyol team that should be better than 20th). It follows this trip with a relegation six-pointer against Leganes.