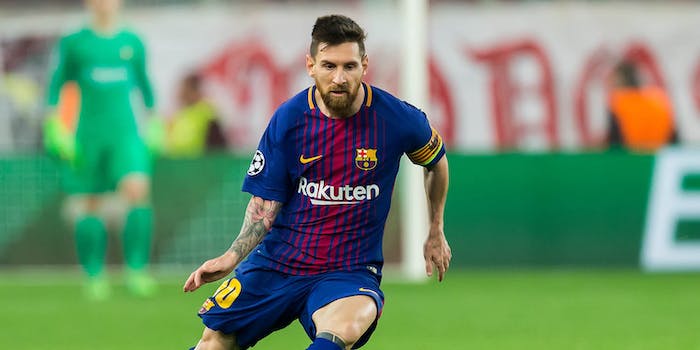 How to stream Real Madrid vs. Barcelona live

It's a high-stakes El Clasico: Will Barcelona increase its new lead or will Real Madrid take it back?

Here’s everything you need to know to stream Real Madrid vs. Barcelona live in Sunday’s El Clasico showdown.

Barcelona nosed past Real Madrid in the La Liga standings last weekend, setting up an El Clasico this Sunday which could decide a particularly keen title race between the two Spanish giants.

The first leg of the annual two-leg matchup was delayed due to political unrest last fall. It finally got an odd Wednesday time slot the week before Christmas and ended in a scoreless draw. The Real-hosted rematch should be more lively. However, Eden Hazard’s untimely broken fibula certainly puts a damper on things for the home fans.

Barcelona (last five La Liga matches: LWWWW) won going away 5-0 over Eibar last weekend for its fourth straight league win. Lionel Messi was brilliant with the first four goals for the new league leaders, with Arthur Melo slotting in a fifth goal as an afterthought. Then, in Champions League play on Tuesday, Barcelona managed an away draw to set up a Round of 16 concluding match back at Camp Nou.

Real Madrid (last five La Liga matches: WWWDL) lost to Levante 1-0 over the weekend. Then, just when it looked like it was going to recover with a midweek Champions League win over Manchester City, the Cityzens scored two late goals to take a lead in the Round of 16 matchup. And, to make matters worse, Sergio Ramos was awarded a late red card to limit options on the return leg.