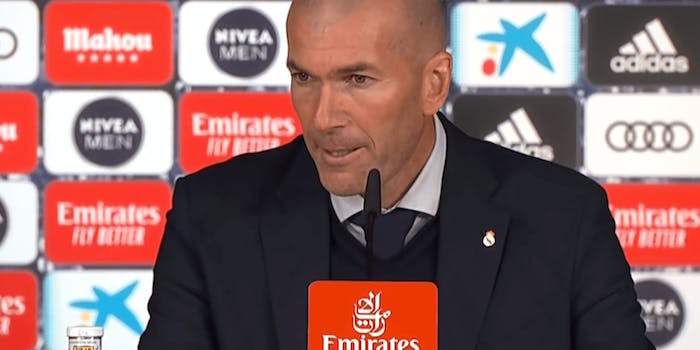 How to stream Real Madrid at Real Betis live

With an El Clasico win behind them, is the title Real Madrid's to lose?

Here’s everything you need to know to stream Real Madrid at Real Betis live on Sunday.

Real Madrid returns to action after a 2-0 victory in El Clásico last week, and is traveling to Seville to take on 14th-place Real Betis. This will be Real Madrid’s last trip outside of the Santiago Bernabéu before Los Blancos’ huge Champions League clash against Man City on March 17. Real Betis is safe from relegation, for now, but there are just five points between Betis and 17th-place Celta Vigo.

Real Madrid (last five La Liga matches: WWWLW) is now into the third act of the Eden Hazard injury saga, yet still managed to win El Clásico, with Vinícius Júnior largely to thank for it.

Hazard’s debut season in Madrid certainly hasn’t gone to plan, but Real still finds itself top of the league thanks to the breakout of two of Brazil’s future stars, and the continued excellence of Karim Benzema. Head coach Zinedine Zidane has cleared all the hurdles thrown at him, and all that stands between him and another La Liga title is 12 winnable games.

Real Betis (last five La Liga matches: DLDDL) is about as unlikely to finish in the European places as they are to finish in the relegation zone. While this position is unenviable for supporters, for neutrals, Real Betis is the type of team that could give a special performance if everything goes to plan.

Nabil Fekir and Sergio Canales are two attacking players to watch out for, as well as teenage Mexican winger Diego Lainez, who has yet to hit the ground running since his move from Club América.