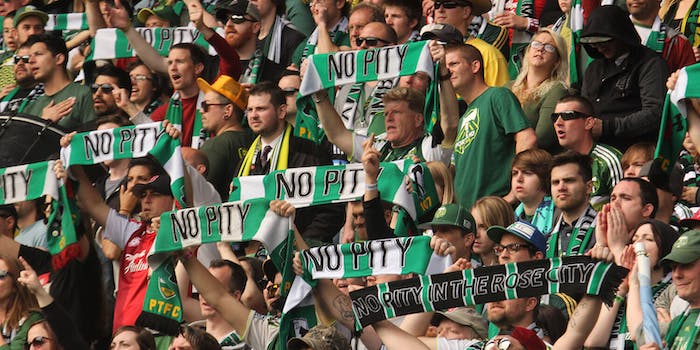 How to stream Portland Timbers vs. Nashville SC live

Nashville SC will play its first away match in its young MLS history on Sunday ... in one of the most challenging places to play an away match.

Here’s everything you need to know to stream Portland Timbers vs. Nashville SC live in MLS play on Sunday.

While Nashville SC’s debut didn’t go as the fans had wished—a 2-1 loss to new rivals Atlanta United—the match did feature the team’s first-ever goal courtesy of new acquisition Walker Zimmerman. (It’s also a game in which one of the league’s most beloved stars, Josef Martinez, went out with an ACL tear that could keep him sidelined all season.) Nashville will now take to the road to face one of the most challenging atmospheres in all of MLS.

Portland opened at home last week and was bested by a good-looking Minnesota United team. The Timbers should be in the hunt for the playoffs this season, but as Minnesota showed, it’s going to be a tough MLS season in which nearly every team has the chance to triumph in every single match.

The match is on ESPN; these streaming services provide fans the opportunity to catch MLS action throughout the season.

The Portland Timbers (last MLS match: loss, 1-3, vs. MNUFC) got a goal from the venerable Diego Valeri to equalize early in the second half, but the Loons got two goals going away in the final 15 minutes of regular time to spoil the team’s home opener.

Nashville SC (last MLS match: loss, 1-2, vs. Atlanta United) got an impressive home crowd out for its first match in MLS history and got the first goal in its franchise history. But Atlanta’s talent was too great to overcome. Still, though, Nashville does look like a team that won’t give up a record number of goals in a season, which is a good place for an expansion team to start.