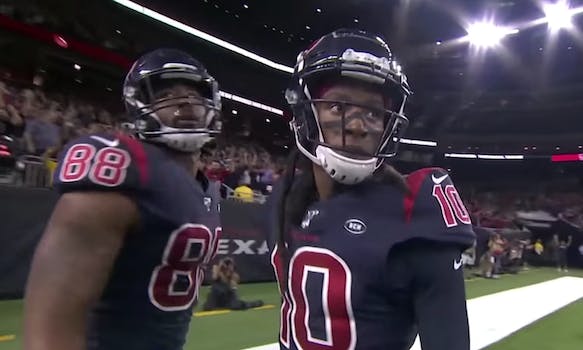 How to stream Patriots vs. Texans on Sunday Night Football

The New England Patriots offense isn’t great, but it doesn’t seem to matter. Last week, their 12th ranked offense beat the top-ranked Cowboys attack thanks to another great outing by their defense. This week, a Houston Texans offense that has struggled to translate points into wins against elite teams will try to stop the Pats.

It’s been a different kind of year for the Patriots that has yielded the same results we’ve come to expect from the dynastic franchise. The defense has been the strongest aspect of this team as quarterback Tom Brady has been forced to play safe football surrounded by subpar weapons.  But, despite the change of strategy, the Pats are once again the top team in the AFC East and a Super Bowl contender.

Though Deshaun Watson has had a productive season at quarterback for the Texans, the results have been mixed. The team sits at the top of the AFC South, but not comfortably. The loss of Jadeveon Clowney to the Seahawks and J.J. Watt to injury has hurt this defense, now ranked 24th in Defensive DVOA. An unimpressive running game and offensive line haven’t helped either.

At first glance, this looks like a Patriots W. But, Watson is capable of great things if the team around him stays out of his way. Here’s everything you need to know to live stream Patriots vs. Texans, including what to watch for on the field.

New England Patriots vs. Houston Texans stream: What to watch for

You can win a lot of games with a great quarterback throwing to a strong receiving corps. Most teams in the league would gladly trade whatever they are putting on the field for Deshaun Watson, DeAndre Hopkins, and Will Fuller.

The problem is that against elite teams, you need more than just a great passing game. The Texans have had trouble against elite teams. They lost to the Saints and got stomped by the Ravens, by far their toughest competition of the year. The Texans just aren’t a well-rounded team. Great teams with great coaches take away what you do best, and that is a problem for this one-dimensional Houston squad.

The backfield is limited. And a defense that only comes up with one sack and no interceptions, as the Texans D did last week, isn’t going to do so well when they face a quarterback better than Jacoby Brissett.

New England has shown how to make up for offensive weaknesses this year. With a backfield full of replacement-level running backs and a receiving corps comprised of Julian Edelman and a few guys, the Pats are still winning games.

How do the Pats winning? There are a lot of answers to that question. The easy answer is Bill Belichick’s coaching. But there’s Stephon Gilmore’s shut-down cornerback play, Matthew Slater’s special teams stardom, the amazing tackling of the linebackers, Edelman’s wily route-running, and other impressive aspects of this team that have led to a squad that can win with death by a thousand cuts.

Watson could play a special game and lift his team to victory, but it is more likely that this Patriots team finds a way to win yet again.