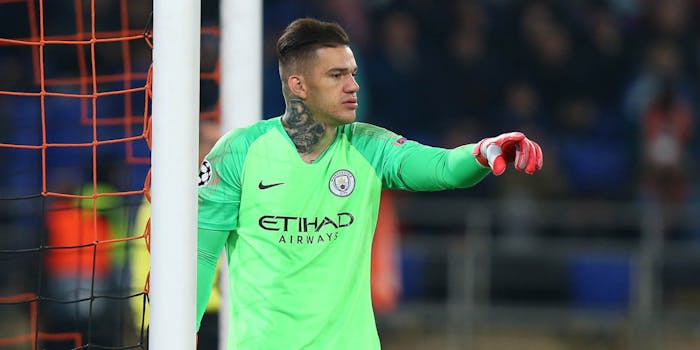 How to stream Manchester City vs. Aston Villa in the EFL Cup final

City's got the chance to do something it's used to doing: winning the EFL Cup.

Here’s everything you need to know to stream Manchester City vs. Aston Villa live in the Carabao Cup final from Wembley on Sunday.

It’s been a strange season for Manchester City, but on Sunday, it’s got the chance to do something it’s used to doing: winning the EFL Cup.

Better known by its informal League Cup name (or its sponsored Carabao Cup name), the trophy goes to the winner of a tournament involving the top four levels of English football. City’s won back-to-back titles now, defeating Chelsea in 2019 and Arsenal in 2018, and can make it three in a row on Sunday.

Aston Villa, however, has other ideas. The newly promoted Premier League team got past Leicester City in the tournament semifinals, and while City’s still very much in the Champions League mix, this final at Wembley is certainly going to be Villa’s biggest stage of the season.

(Also, because Manchester City made it to the final, its originally scheduled Saturday match with Arsenal will be postponed, with the date yet to be announced.)

The match is on ESPN+, providing an easy way to stream the EFL Cup final.