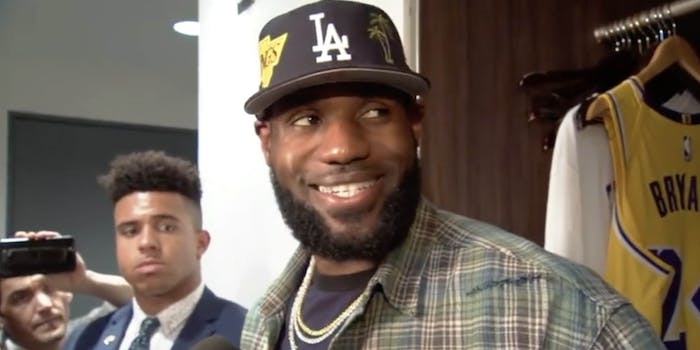 The Lakers and Clippers meet in what could be an epic playoff series preview.

Kawhi Leonard and the Los Angeles Clippers play “host” to the LeBron James-led Los Angeles Lakers in a Sunday afternoon clash at the Staples Center – an arena the franchises share in downtown Los Angeles.

On Friday night, the Lakers earned a 113-103 win over the visiting, league-leading Milwaukee Bucks. LeBron James got the upper hand on reigning MVP Giannis Antetokounmpo, scoring 37 points on 12-of-21 shooting. He also had eight rebounds and eight assists. Anthony Davis, who suffered from foul trouble early, added 25 of his 30 points in a dominant second half. He also led the Lakers with nine rebounds.

James, who is making headway in the race for this season’s MVP award, got even with Antetokounmpo, who bested him earlier in the season. Of course, the Lakers would not meet the Bucks until the Finals, which makes getting past the Clippers–who they have not beaten this seasom–their more immediate objective.

The Clippers remain the pundits’ favorite to win the title, given the quality and depth of the lineup, especially with the additions of Marcus Morris and Reggie Jackson on the bench.

The Clips currently lead the season series against their division rival, first notching a 112-102 win against the Lakers on opening night without Paul George. Then, the Clippers managed a tight 111-106 victory on Christmas, this time with George in the lineup. Leonard led with 35 points, once again outplaying both James and Davis.

The matchup is on ABC and available through the following streaming services.

This block contains unexpected or invalid content.ResolveConvert to HTML

This isn’t the be all, end all, since there is a fourth date between these teams at the tail of the season on April 9. But the reality is that is the Lakers can’t show they can beat the Clippers on Sunday, it’s going to put James and Davis in an uncomfortable position.

The Lakers lost out on Morris and Jackson, and were turned down by Darren Collison, who elected to remain retired. However, it would appear the reasoning is twofold. The Clippers’ depth and length seem a surer bet against any time they would play, including the Bucks in a potential Finals matchup.

The other is a bit more nuanced in that players (and owners) likely do not want to see Lebron James notch another title, his fourth, in a third uniform. It would be unprecedented and permanently lock James in with Michael Jordan for the argument in who’s been the greatest to ever play.

Even more than that, a fourth title would reduce everyone in his era to a player in his personal story and brand, which Leonard and the Clippers (and the Bucks, Warriors, and the rest of the league) want no part in.

The Daily Dot may receive a payment in connection with purchases of products or services featured in this article. Click here to learn more.
﻿