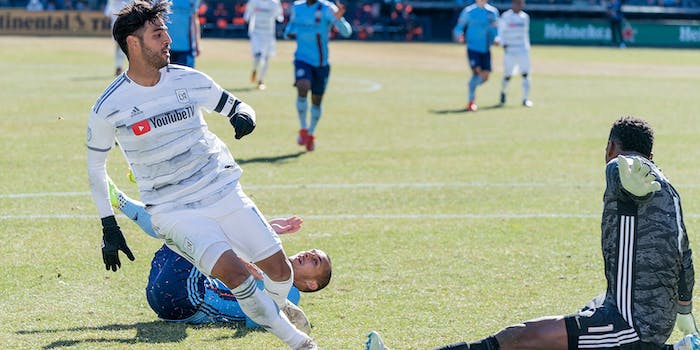 How to stream LAFC vs. Philadelphia Union live

Here’s everything you need to know to stream LAFC vs. Philadelphia Union live in MLS play.

LAFC won its opening match of the season, a 1-0 victory over impressive new team Inter Miami, on the strength of a goal by reigning MVP Carlos Vela. The team’s also riding the high of beating Leon 3-0 to grab the 3-2 aggregate win in Concacaf Champions League last week, setting up a quarterfinal showdown with Cruz Azul starting Thursday.

The Union, meanwhile, has to overcome a season-opening loss to FC Dallas to get back into playoff contention mode. The Union arguably has an easier pathway as an East team than the crowded-with-talent West, but the East is looking competitive as well.

The match is on FS1; these streaming services provide fans the opportunity to catch MLS action throughout the season.

LAFC (last MLS match: win, 1-0, vs. Inter Miami) likely wanted more goals in its opener and had some scary moments testing new goalkeeper Kenneth Vermeer. But a win is a win, and judging from the looks of LAFC this season, there will be a lot of wins throughout the 34 games.

The Philadelphia Union (last MLS match: loss, 0-2, at FC Dallas) didn’t quite hold up its end of the bargain in what looked, on paper, to be one of the better MLS matches of Week 1. The Union’s defense did hold for the first hour, but then let in a first goal, couldn’t match it, and let in a Paxton Pomykal insurance goal late.

According to the DraftKings Sportsbook oddsmakers (as of March 7):