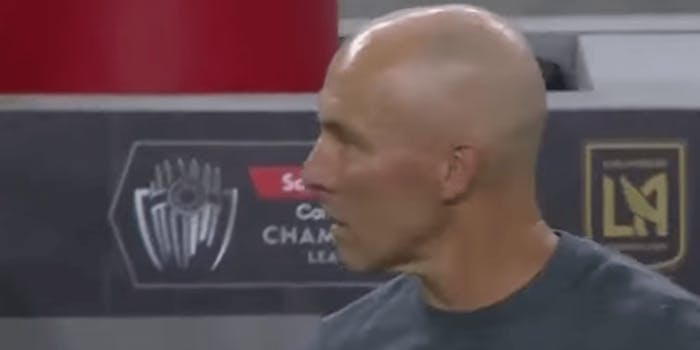 How to stream LAFC vs. Inter Miami live

Inter Miami takes on LAFC in its first official game in MLS on Sunday.

Here’s everything you need to know to stream LAFC vs. Inter Miami CF on Sunday.

Inter Miami plays its first official game in MLS on Sunday, when they fly across the country to take on 2019 Supporters Shield winners LAFC. LAFC and sometimes El Tri forward Carlos Vela broke the records for most goals and goal contributions in a season in 2019, as well as winning his first MLS MVP. Inter Miami signed former Monterrey coach Diego Alonso to take charge in IMCF’s inaugural season; he brought Mexican attacking midfielder Rodolfo Pizarro along with him to be the team’s key playmaker.

The match is on ESPN and ESPN Deportes, one of the homes for MLS matches throughout the 2020 season.

LAFC had little to improve upon this offseason, as last year’s squad was almost unstoppable until losing in the Western Conference final against eventual MLS Cup winner Seattle Sounders. Bob Bradley’s side is the clear favorite to win the West again this season, as well as the favorite to win MLS Cup outright at +350 (according to DraftKings).

It’s still unknown what Bradley will do to replace the club’s main departure, U.S. national center back Walker Zimmerman, but the squad certainly has room for error with players like Diego Rossi and Brian Rodriguez growing into bigger roles in the team.

Inter Miami talked a big game about all the international stars the David Beckham-led group wanted to sign, and that has left some fans somehow feeling underwhelmed by just signing a 25-year-old full Mexican international as the club’s main Designated Player. But fans and pundits alike are underestimating Alonso’s ability as a manger, and should know that young stars like Julian Carranza and Mathias Pellegrini will only get better as they work toward moves to Europe.

Inter is continuing to be linked to Boca Juniors midfielder Agustín Almeydra, who is a midfielder with similar hype to Carranza and Pellegrini. Making the playoffs should be no problem for the debut franchise, and with plenty of raw talent Diego Alonso has a real chance at winning a trophy in year one.