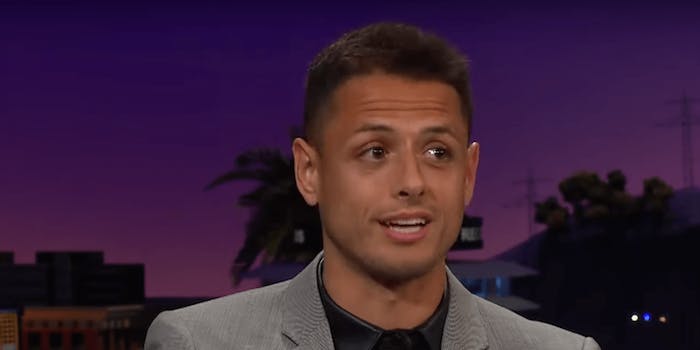 How to stream LA Galaxy vs. Vancouver Whitecaps live

Here’s everything you need to know to stream LA Galaxy vs. Vancouver Whitecaps live on Saturday.

Chicharito makes his MLS home debut this weekend, when the Galaxy and Guillermo Barros Schelotto host the Vancouver Whitecaps in Carson. The Galaxy’s performance was mixed in Houston in Week One. Cristian Pavon scored an incredible goal, while Chicharito was kept off the scoresheet and was effectively neutralized.

Vancouver enters its second season under manager Marc dos Santos, and has hopes of making the playoffs after the club’s record signing of Canadian forward Lucas Cavallini for $4.95 million from Puebla FC in January.

LA Galaxy (last MLS game: draw, 1-1 at Houston Dynamo) gained a point on the road last week, which is as impressive as ever in a MLS with growing talent every season. Its first big test will come at home, and not just in how the team plays, but how the fans support their club at home with new superstar Chicharito. The nearly $10 million invested in his signing makes it one of the most expensive in MLS history, and Galaxy fans want to start the new decade on top, especially after new rivals LAFC won the West in 2019 and eliminated the Galaxy from the playoffs.

Vancouver Whitecaps FC (last MLS game: loss, 1-3, vs. Sporting Kansas City) has made their biggest investment of the Alphonso Davies money to date, acquiring one of the most talented Canadians, Lucas Cavallini, from Puebla FC. The Whitecaps’ home opener didn’t go to plan, though, with Vancouver conceding in the fifth minute of stoppage time to make its loss look even more lopsided.

Vancouver is an underdog on the road as they should be, but even a draw could be useful in its quest to make the playoffs.