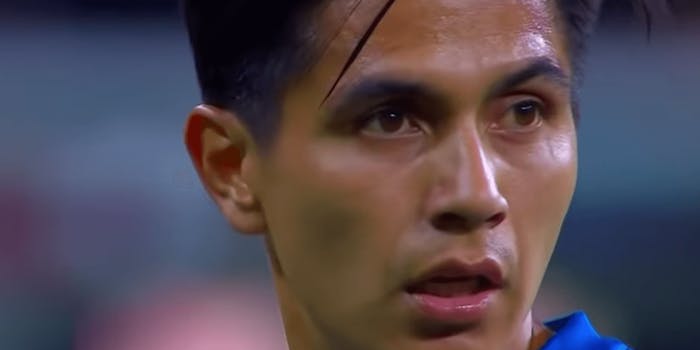 How to stream Guadalajara vs. Tijuana live

Here’s everything you need to know to stream Guadalajara vs. Tijuna live on Friday.

Chivas de Guadalajara look to (finally) get their second win of the season after getting beat at home 2-1 to Cruz Azul last weekend. Tijuana’s luck hasn’t been much better though, considering both clubs have an identical record of six points through six games. Chivas’ activity in the January transfer window is well documented, but Xolos have made some moves of their own by signing Colombian midfielder Edwin Cardona from Apertura champions Monterrey, as well as former Atlanta United center back Leandro González Pírez.

The match is on FuboTV; this streaming service provides fans the opportunity to catch Liga MX action throughout the season.

Tijuana (last five league games: DDLDL) came away with a good point at Morelia last weekend, on the back of a 77th-minute penalty by Brayan Angulo. Considering the talent of Chivas’ squad, a draw might be acceptable this time around, but it is easy to fall out of the Liguilla race quickly if you can’t beat struggling teams at home. Tijuana’s fans are desperately in need of a playoff run, as the team hasn’t made a Liguilla final since Apertura 2012 when it beat Toluca to be crowned champions.

Guadalajara (last five league games: LLDDD) is sticking to its bread and butter in 2020, with high expectations immediately followed by a mediocre start. The new front three hasn’t yet had the production you would associate with players of their caliber, and certainly not for the amount of cash invested in the young Mexican trio. The season is still in the early days though, so expect coach Luis Fernando Tena to help his prospects grow into their roles and be a dangerous matchup for anyone come playoff time.

Tijuana enters the match a home favorite at +120, with a tie at +220 and a Chivas win at +240, courtesy of DraftKings Sportsbook.