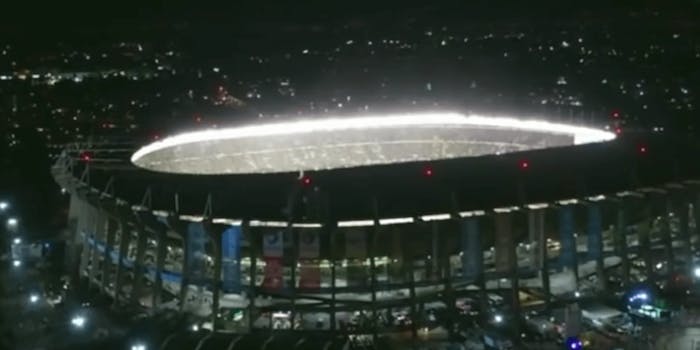 How to stream Club America vs. Atlanta United live

It's a rematch of last year's Campeones Cup, minus one key player.

Here’s everything you need to know to stream the Concacaf Champions League live on Wednesday.

Atlanta United takes on Club América in the CCL on Wednesday, in a rematch of the 2019 Campeones Cup, won by Atlanta. It’s also part of a stacked quarterfinal round with three MLS vs. Liga MX matchups. Atlanta United will travel to Mexico City for the first leg, but will be without Venezuelan forward Josef Martinez, who is likely out for the entire 2020 season after tearing his ACL at Nashville in the team’s MLS opener.

Club América will be without winger Renato Ibarra, who was arrested last week on domestic violence allegations, but have added Roger Martinez back to the squad, after the Colombian forward had a long transfer saga linking him to teams in Europe and MLS.

The match is on TUDN; this streaming service provides fans the opportunity to catch Champions League action throughout the tournament.

For $5 a month, there’s a Deportes add-on that will get you TUDN and other Spanish-language sports channels, or the $86 Optimo Mas package (which has a number of English-language and Spanish-language favorites) will deliver TUDN your way.

América (last five games: DWWLD) striker Roger Martinez made his first appearance of the Clausura in the team’s most recent match at Pumas, after the Colombian started 16 games in the Apertura. His addition to manager Miguel Herrera’s locker room is a major boost for América. América should be able to dominate the pace of the game and let their talent on the field do its work, given that its opponent’s best player is sidelined.

Atlanta United (last four games: WWWW) has recovered well after losing Josef Martinez, securing six out of six points in this young MLS season on the strength of Pity Martinez and Ezequiel Barco’s play. Josef’s absence will be felt the most in the CCL however, where Atlanta’s odds of advancing over América are greatly reduced and its odds of becoming the first MLS club to win CCL are virtually eliminated. Atlanta United has to be solid defensively and take chances on the counter attack, and hope that its remaining stars can fill the void left by the 2018 MLS MVP.