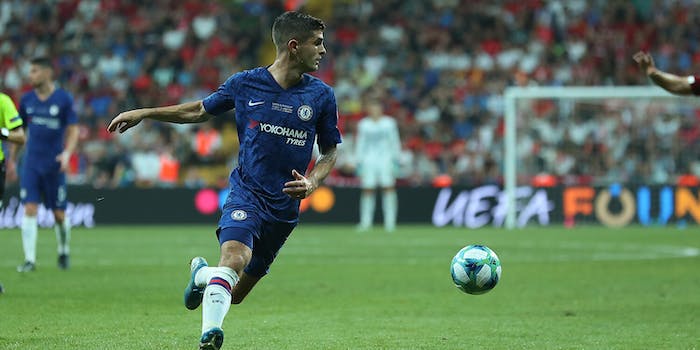 How to stream Chelsea vs. West Ham live

Chelsea's on an excellent run of form ... and West Ham isn't.

All of a sudden, Chelsea looks like the most stable and possibly the best of the London-based teams out there. Though Tottenham’s been experiencing the recent sugar high of signing Jose Mourinho, and Arsenal’s looking at the start of its post-Unai Emery life, Chelsea’s been chugging along under Frank Lampard. Only last week’s loss to Man City has slowed what’s been an incredible recent show of form. The Blues will look to extend that on Saturday.

Here’s everything you need to know to live stream Chelsea vs. West Ham, including what to watch for on the pitch.

The match is on NBNBC Sports Gold; it’s an easy way to get all your Premier League action from a single online streaming service.

Chelsea (recent form: WWWWL) lost to City last week to bring a six-match win streak to an end, but it’s been a run of form that’s seen the team rise from 11th all the way to third. The team’s slipped to fourth with the City loss, but that’s still good enough for a Champions League place. Speaking of, the Blues drew with Valencia 2-2 on Wednesday, setting up a final group matchday showdown in which both teams have ceded the Group H lead to Ajax. It’s still possible for both teams to go through; Chelsea will advance to the Round of 16 if it beats Lille.

West Ham (recent form: LDLLL) is having the opposite of Chelsea’s run of form, going winless in its last seven matches to slide from fifth to 17th. While the Hammers are still three points from safety, it’s not going to be easy for them in this derby. Last week, they ran headlong into a Spurs team feeling Mourinho Fever. Though they fell behind 3-0, they did manage to grab a pair of goals late to keep the final scoreline respectable, but it was definitely a too little, too late measure.