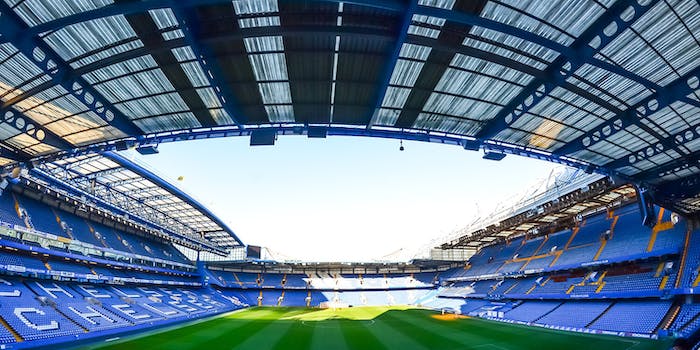 How to stream Chelsea vs. Tottenham Hotspur live

During this winless streak, Chelsea's averaged a goal a match.

Here’s everything you need to know to stream Chelsea vs. Tottenham live on Saturday.

This battle pits what is now the fourth-place and fifth-place Premier League teams who would today, if Man City’s Champions League ban holds up, both advance to next year’s big competition.

Chelsea comes into this match winning only one of its past six league matches and in need of turning its fortunes around quickly—especially with a Champions League knockout round match coming against Bayern on Tuesday.

Spurs, meanwhile, has followed a four-game winless skid with three straight league wins, but it has to rebound from a Champions League home loss to RB Leipzig mid-week.

Chelsea (last five Premier League matches: WLDDL) fell to Manchester United 2-0 on Monday to continue a rough patch. During this winless streak, Chelsea’s averaged a goal a match, which is a contrast from its last win, a 3-0 blanking of Burnley back on Jan. 11.

Tottenham (last five Premier League matches: LDWWW) got a timely late goal from Son Heung-Min in stoppage time to pull out a 3-2 win over Aston Villa last week. However, Son’s now out—probably for the rest of the season—with a broken arm, making Spurs’ already-thin attacking corps even thinner. (To credit Son, he scored a brace playing through the injury, which he likely suffered in a challenge early in the match.)