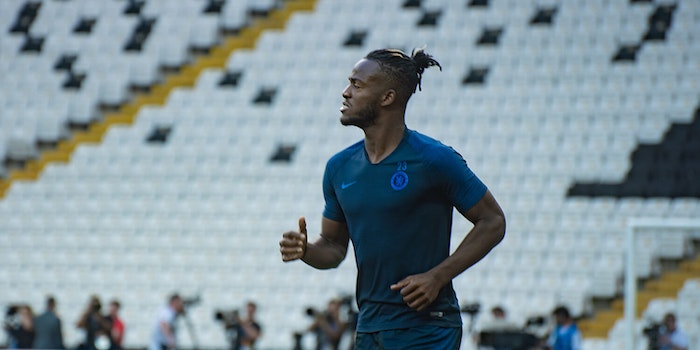 How to stream Chelsea vs. Ajax live in Champions League

Chelsea and Ajax play a rematch Tuesday with significant Champions League implications beyond their group.

Chelsea’s been enjoying its youth movement this season, riding the momentum created by Tammy Abraham, Mason Mount, and, yes, even Christian Pulisic of late to fourth in the Premier League and the top of its Champions League group. However, Ajax’s sitting there as well, with both teams on six points and heading into a critical rematch on Tuesday.

Here’s everything you need to know to live stream Chelsea vs. Ajax, including what to watch for on the pitch.

The match is on B/R Live, TNT, TUDN, UniMas, with the following streaming services providing an easy way to stream Champions League matches.

Sling TV provides two base channel package options, each priced at $25 per month. Sling Orange includes three ESPN channels, while Sling Blue includes sports channels like NBCSN (where many Premier League matches appear), NFL Network, and local channels. (Sling Blue customers in select markets get NBC, where some Premier League matches appear; see if yours has it here.) If you’re Team “Why Not Both,” Sling Orange + Blue combines the two for just $40 per month. To add beIN SPORTS to catch La Liga action and maximize your soccer-watching potential, you’ll want to add either Sports Extra: Sling Orange ($5 per month) or Sports Extra: Sling Blue ($10 per month). (The latter also includes NFL RedZone.)

Chelsea vs. Ajax: What to watch for

When these teams last met less than two weeks ago in Amsterdam, it was Michy Batshuayi — who is still a Chelsea player! — who made the difference in the 1-0 victory. Chelsea’s certainly showing it belongs in the tournament after winning last year’s Europa League, with only a loss to Valencia in the opener blemishing their record.

Ajax, meanwhile, only has the loss to Chelsea against it, handling fellow groupmates Valencia and Lille in the first half of group play. Even with some key departures in the offseason after a solid run, it’s leading the Eredivisie and making a strong play in Champions League. A draw could best help Ajax advance together into the round of 16, but there are still some matches left to be played, and a win for either team could make advancing into the knockout rounds much more likely.