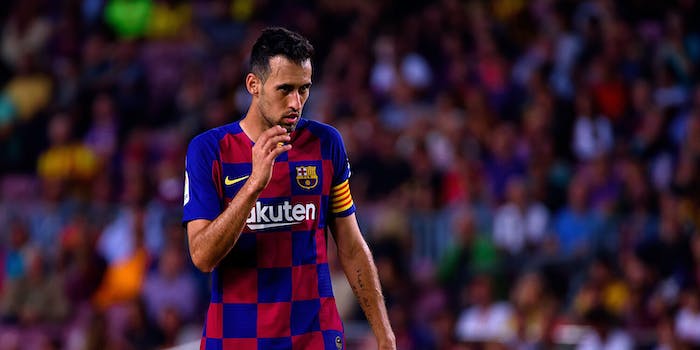 How to stream Barcelona vs. Getafe CF

One of these teams has won four straight in La Liga ... and it's not Barcelona.

Here’s everything you need to know to stream Barcelona vs. Getafe CF live.

Barcelona is in second place in La Liga, and Getafe is, quite remarkably, in third. It was clear from the outset of the season that Barcelona would vie with Real Madrid for the Premier League title, but it was not at all clear that Getafe would be ahead of Atletico Madrid, Sevilla, and Valencia in the race for a Champions League place. This match will be a window into how the Azulones fare the rest of the way.

Barcelona (last five La Liga matches: DWLWW) outlasted Real Betis in a weird match last weekend. Clement Lenglet scored what would turn out to be the match-winning goal and then was sent off seven minutes later—though that merely evened things at 10 v. 10, as Real Betis goal-scorer Nabil Fekir was sent off several minutes before.

Getafe CF (last five La Liga matches: LWWWW) extended its win streak to four last Saturday by beating Valencia 3-0, with Jorge Molina Vidal scoring a brace to lead the way. With wins over Real Betis and Athletic Bilbao proceeding this one, it’s been a good run of form for a Getafe team that looks to perhaps be for real.

According to the DraftKings Sportsbook oddsmakers (on Feb. 13):