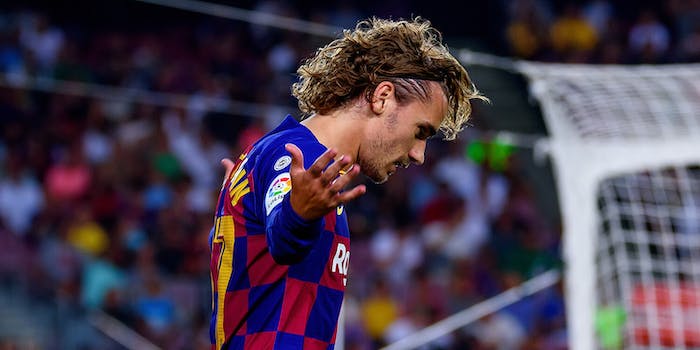 How to stream Barcelona vs. Eibar live

Here’s everything you need to know to stream Barcelona vs. Eibar live.

Thanks to Celta Vigo drawing with Real Madrid last weekend, Barcelona now sits a point behind Real Madrid in the La Liga standings. Next week, they’ll face off in a Madrid-hosted El Clasico, but Barcelona could conceivably be extending a lead, or at the very least jumping into one, if it can just take care of business against Eibar on Saturday.

Eibar’s needing results to make sure it stays out of the relegation zone. Right now, it’s just three points from safety, with Celta Vigo gathering that crucial point last week to make things closer. Eibar hasn’t registered a win since Jan. 18, but that came against Atletico Madrid, proving Eibar can push even Champions League-level teams on the right day.

Barcelona (last five La Liga matches: WLWWW) found goals from Antoine Griezmann and Sergi Roberto to get past third-place Getafe and once again make it a two-horse race in La Liga. Perhaps the biggest challenge against Eibar will be not looking past them, as a Champions League match against Napoli and then El Clásico occupy the next week.

Eibar (last five La Liga matches: LWDDL) dominated possession last weekend but could only get off a single shot on goal in a 2-1 loss to Alaves. The loss followed a 1-1 draw with Real Betis the week before, sending Eibar in the wrong direction at a crucial juncture in the season.