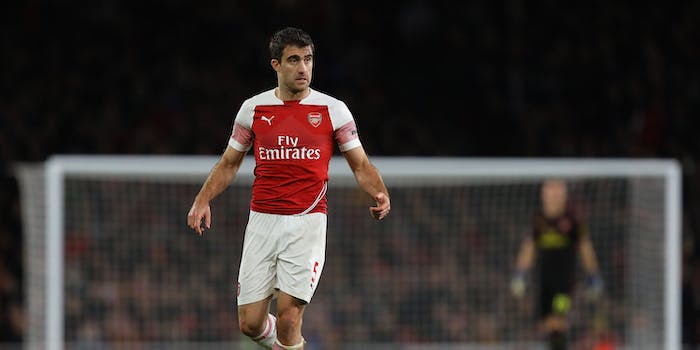 How to stream Arsenal vs. West Ham live

Arsenal hosts West Ham on Saturday, who is fighting for its Premier League life.

Here’s everything you need to know to stream Arsenal vs. West Ham live on Saturday.

Arsenal continues its 2020 unbeaten streak in the Premier League and kept its FA Cup dream alive last week. It is out of the Europa League competition — its best hope for making next year’s Champions League tournament — and is still in 10th place in the Premier League. But fans can take comfort in their team trending in the right direction.

Can that continue? Arsenal hosts West Ham on Saturday, who is fighting for its Premier League life. Though the Hammers are currently in 16th place, they’re tied on points with 18th-place Bournemouth heading into a critical stage of the season.

Arsenal (last five Premier League matches: DDDWW) won a thrilling 3-2 match over Everton last weekend, getting a go-ahead goal from Pierre-Emerick Aubameyang and then hanging on for the win. Then, in FA Cup play on Monday, Arsenal got past Portsmouth and will travel to Sheffield United for the quarterfinal.

West Ham (last five Premier League matches: LDLLW) registered a 3-1 win over Southampton last Saturday to stop a six-game winless skid and move it into safety. There’s still a lot of work for West Ham to do to stay out of the relegation zone this season, with a rough stretch against Wolves, Spurs, and Chelsea coming up.