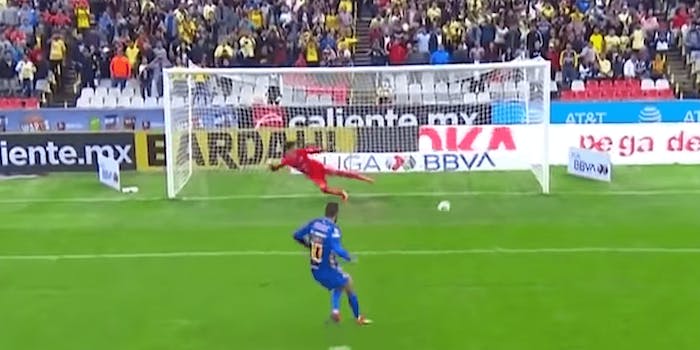 How to stream Tigres vs. America live in the Liga MX Apertura Liguilla

Tigres got a big away win at the Azteca in its first leg with America. Can they finish at home?

The two Liga MX champions from last season square off in the quarterfinals of the Apertura 2019 Liguilla, between two of Mexico’s most valuable squads. This will be the fifth game between the clubs this year. They drew in Leagues Cup, the Mexican Campeon de Camepeones and this year’s Apertura. Tigres took a 2-1 win when it mattered this time around, at Estadio Azteca in the first leg.

Here’s everything you need to know to live stream Tigres vs. America, including what to watch for on the pitch.

Tigres vs. América: What to watch for

América went into halftime feeling great on Thursday, after Ricard Sánchez gathered a rebound from the top of the box and whipped it into the side netting in the 40th minute.

But Tigres responded well with a goal off a corner in the 51st minute. Then, Javier Aquino won a penalty in the 64th minute. André-Pierre Gignac converted it, and América responded by making all three changes in ten minutes. But the final scoreline remained 2-1.

Having lost home-field advantage and being the lower seed, América needs to win by two goals at UANL Sunday night to make the semifinals. They will have no choice but to put numbers higher up the field, which will play into Tigres hands even more. Tigres allowed just 14 goals this season, best in Liga MX. With both teams setting up aggressively, the second leg will come down to great players producing moments of magic, and managers attempting to make in-game adjustments with everything on the line.