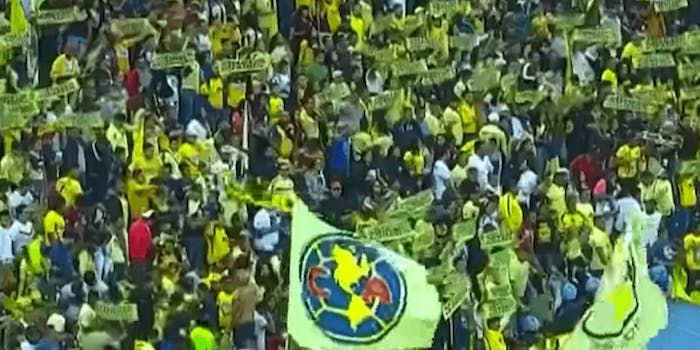 How to stream America vs. Pumas live

What you need to know to stream the match live on Friday.

Here’s everything you need to know to stream America vs. Pumas live on Friday.

Club America goes on the road this weekend, when Miguel Herrera leads his team against UNAM Pumas in the 119th edition of the Clásico Capitalino. Pumas are in a good position in 5th place, two points behind America, who is tied in first place on 16 points with fellow Mexico City club and rival Cruz Azul. UNAM has just one win in the club’s last five league games against America, including a 6-1 beatdown to America in Estadio Azteca back in December 2018.

The match is on FuboTV, Sling TV, AT&T TV Now and Vidgo; these streaming services provide fans the opportunity to catch Liga MX action throughout the season.

America (last five league games: WWWWL) has made it nearly halfway through the Liga MX season still in the top four, and survived in the Champions League to make it to its big matchup versus Atlanta United. There is more good news for the club, as it seems Colombian striker Roger Martínez is back in starting contention this weekend. The number nine has been frozen out of the team so far in 2020, but has been given a second chance for Herrera after transfers to both Europe and MLS broke down. Martínez’s last appearance for the club was his substitution in the 88th minute of the 2-1 win over Monterrey in the second leg of the Liguilla Finals in December, which America ultimately lost 4:2 on penalty kicks.

Pumas (last five league games: DWWLL) and head coach Míchel are above the playoff line, and on course to make the Liguilla for the first time in three seasons. This upcoming May mark nine years since the last trophy for Pumas, and while the beginning of the 2010s saw a more club that more consistently made the playoffs, there have been just three appearances and five different managers since 2015. Míchel is off to a good 2020 start, but the crucial thing is to finally make the playoffs and show the rest of the country that Pumas can still compete.

According to DraftKings Sportsbook, as of March 5: