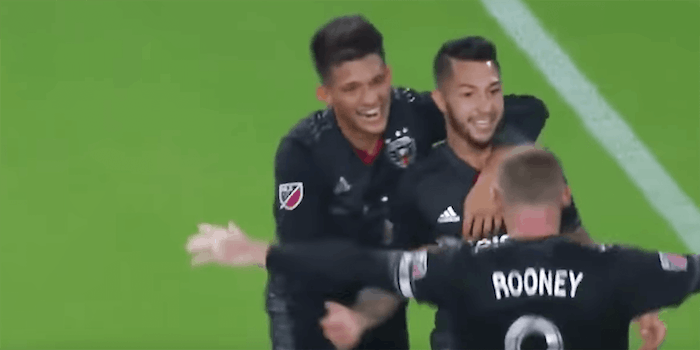 How to stream Club América vs. Atlas live

Here’s everything you need to know to stream América vs. Atlas live on Saturday.

Los Águilas de América look to improve on their 4th place position when they host Atlas this weekend, who will be looking to repeat the performance they gave in the 3-0 Atlas win in Guadalajara last year. That win in August was Atlas’ first win in seven tries against Club América, but that was before the arrival of Atlas’ new Argentinian number 10, Luciano Acosta from MLS club DC United. Amid Roger Martinez’ links to Inter Miami CF, there will be eyes on this game from all over North America, looking to see if Acosta can elevate his team enough to compete with the more talented América squad.

The match is on ESPN Deportes, TUDN, and Univision; these streaming services provide fans the opportunity to catch Liga MX action throughout the season.

América (last five games: WWLDW) may have lost the Liguilla Final in December to Monterrey, but América has the upper hand five games into 2020, and is already eight points ahead of the champions, who sit in last. Roger Martínez is staying put for now,  but he hasn’t appeared in any of the last three games. If he does appear on Saturday, he will need to hit the ground running, because América’s league position isn’t strong enough yet to be dropping points in games like these.

Atlas (last five games: LWLLW) has played a different formation in nearly every game thus far, but the one constant is Lucho Acosta in the center of attack in a mostly traditional number 10 role.  The marquee January signing scored the opener in one of the club’s two wins, and Lucho’s creativity will be needed to create for a team that will most likely be defensive against this América team.  He is the catalyst needed for a club attempting to make a Liguilla final for just the second time in 53 years.

Club América enters a -200 home favorite, with Atlas at +580 and a draw at +300, according to DraftKings Sportsbook.