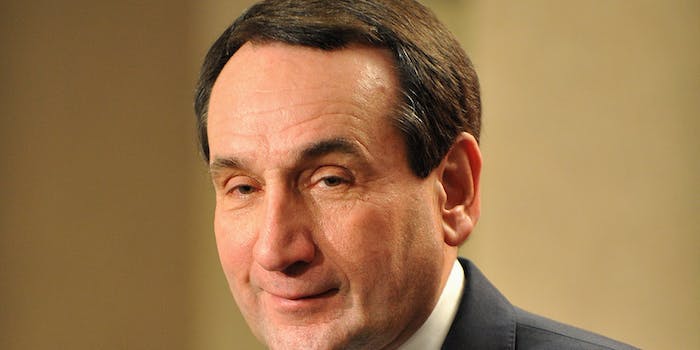 How to stream the ACC Tournament live

Here’s everything you need to know to stream the ACC tournament, running Tuesday through Saturday in Greensboro, North Carolina.

If you haven’t been following the ACC this season and expect Duke and North Carolina to be vying for the title, you’re in for a surprise. The Tar Heels are dead last in the conference in a shockingly down year, and they’re actually playing Tuesday as part of the first-day festivities. (Though the oddsmakers have them in the middle of the pack to win outright, seemingly in the “So you’re saying there’s a chance” camp.)

Duke’s solid this season, but the actual tournament favorite is Florida State, currently projected as a No. 2 seed in the South and opening the NCAA Tournament in Tampa.

(The two favorites, because Duke is the No. 4 seed, would actually meet in the semifinal match on Friday at 7pm ET. )

Look for Virginia and Louisville to also make the NCAA tournament, with NC State on the bubble.

Georgia Tech finished fifth in the ACC this season, but due to its postseason ban, the tournament will only involve 14 of the 15 ACC teams. This year’s first-round Tuesday games (UNC-Virginia Tech and Wake Forest-Pitt) are exclusively available on the ACC Network.)

The match is on ESPN; these streaming services provide fans the opportunity to catch college basketball throughout the season.

YouTube TV is a great option for sports fans, including the ESPN and Fox TNT for Champions League matches, NBC and NBCSN for Premier League matches, and broadcasting partnerships with three MLS teams. (Take a look at the full list of YouTube TV channels here.)

This is according to the DraftKings oddsmakers as of March 10.