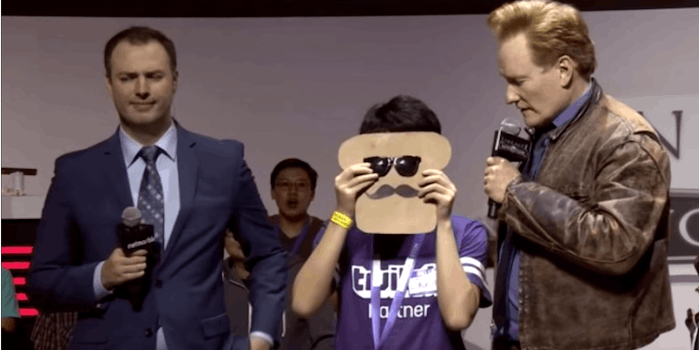 Wang’s donation average of $2,500 a month is actually pretty low, he said. Other streamers who incentivize donations make much more. Some streamers send out personal pictures or videos over Snapchat, he said, to viewers who donate a certain amount.

Advertisements are another way to make money on Twitch. Each time a stream is opened, an ad is shown and a small amount of revenue goes to the streamer. Streamers are also given access to the “ad button,” according to Wang, which allows them to show ads to their viewers whenever they want.

“It is really up to the streamer to control how many times they want to press this ad button,” Wang said. So those streams that are choked up by constant advertisements? The streamer is making money off of each and every one.

Wang makes about $4,000 a month in ad revenue, which is low because he avoids that ad button. He gets money from the initial ad shown when someone starts his stream and nothing else.

The real money is in subscribers, according to Wang. Viewers have the option to subscribe to “Twitch Prime,” which costs a reasonable $5 a month. This subscription gives them access to a few benefits, like a special “sub badge” and “sub emotes” like a dab emote that features Wang himself—don’t worry, he only dabs ironically. Only subscribers have access to a special chat called “sub-mode only” which is only open to subscribers.

There is an upgrade to the basic subscription, however. When you connect your Twitch account to your Amazon Prime account, you can have Twitch Prime. Twitch Prime allows users to subscribe to any channel every month for free. Even though this is free for the viewer, the streamer still gets the same cut they would from a paid subscription.

Sponsorship, the final of Wang’s four ways to make money on Twitch, allows streamers to make additional money for their streams, YouTube videos, tweets, live appearances, and Instagram posts. Sponsored streams pay streamers to play certain games. When this is the case, streamers are required by the Federal Trade Commission to include “#ad” or “sponsored by…” in the stream title. Wang said the hourly rate for these paid streams usually ranges between $0.01 and $1 per streamer. For a streamer like Wang, who has 10,000 viewers, this can total up to $10,000 an hour.

Sponsored YouTube videos tend to earn streamers around $5,000 per video for a 30-second ad, live appearances range from $5,000-$10,000, and tweets and Instagram posts usually come packaged with the rest, based on Wang’s experiences.

Wang makes around $20,000 a month from ads, subscribers and donations combined. Additional sponsorship earns him more money, but it’s not as consistent.

Though Wang is surprisingly down-to-earth about his nonchalance regarding money, it is still shocking to see the ways these streamers make heaps of money in so little time.

That leads me to just one question: Where do I sign up?