Japan’s ‘Top Gear’ is going international—and you can help

The future of Top Gear may be in trouble, but motorheads may find salvation in this Japanese motoring show.

A Kickstarter is under way to help fund an international version of Japanese motoring series Hot Version. The show is a staple for Japanese auto enthusiasts, having been running for more than 20 years.

It’s kind of like the Top Gear of Japan, except it’s with tuner cars, or cars that are meant for modification. The series has been known for pitting fan favorite cars against each other.

The show really resonates with fans due to the chemistry between the onscreen hosts, Keiichi “Drift King” Tsuchiya, Nobuteru Taniguchi, and Manabu Orido. 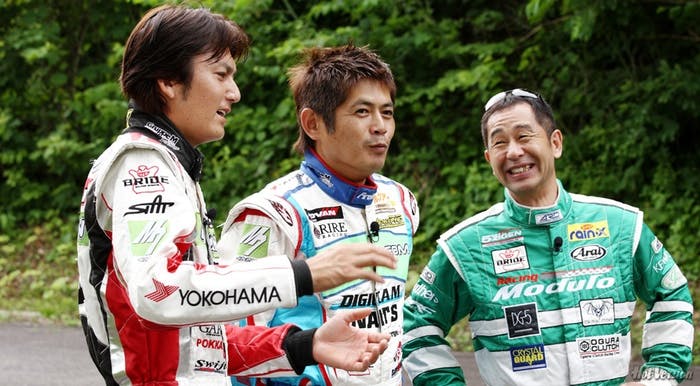 Hot Version DVDs come out once every two months, and for the past few years, the team has been completely transcribing the hosts’ banter, adding subtitles, and posting the final product online—for free. It’s really picked up quite a following among motorheads on YouTube.

Currently Hot Version is on Volume 129. It costs $5,000 in labor to fully transcribe a complete volume. For each $5,000 the team is able to raise on Kickstarter, it will be able to translate a previous volume of Hot Version. As of publication, the Kickstarter is at $14,208. That means we will definitely see Volume 128 translated, and most probably Volume 127.

The team will release each volume online early for Kickstarter backers, and viewers can either rent via video on demand for $3.99 or buy the video for $19.99.