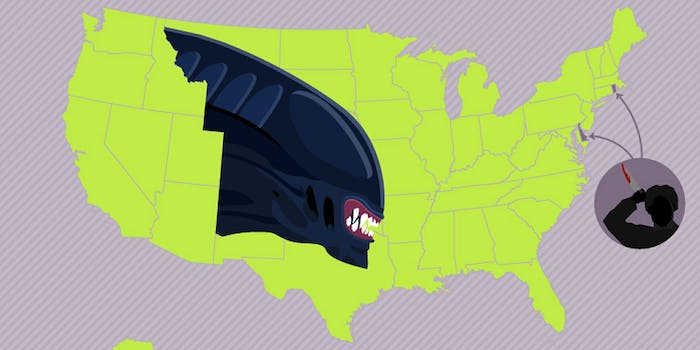 If you live in America, chances are Alien is the most popular horror movie in your state. Unless you’re in Rhode Island or Delaware, where Psycho reigns supreme.

To find out which thrillers are popular in each state and a handful of cities across the country, Halloween Express took a look at the top 20 movies from IMDb’s highest rated horror feature films with at least 1,000 votes, and analyzed the Google trends data to see where people searched for what movie most frequently.

The Exorcist was the third most popular movie in America, followed by The Shining. City tastes are a little more varied, with The Others most popular in San Jose, California, while Louisville, Kentucky searches for Bram Stoker’s Dracula. Also worth noting—cities favor movies that take place in their general area. The Shining, which takes place in the Rockies, is most popular in Denver, while Philadelphia-filmed Dawn of the Dead is popular in Pittsburgh. 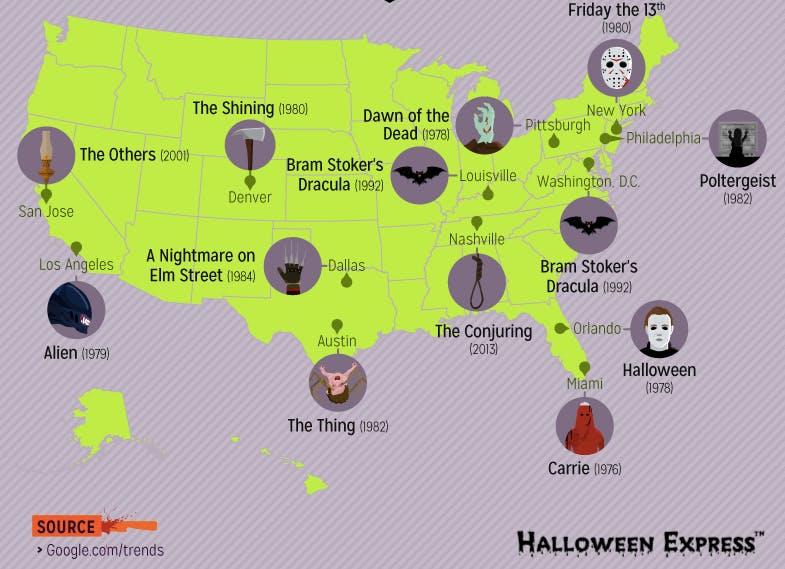 Helpfully, Halloween Express also looked up the most popular films across different streaming services, including Amazon, Netflix, and iTunes, so you can figure out how to curl up and watch your favorite flick. But you might have to get Halloween the old-fashioned way—it’s the only film on the list not available on any of the streaming services.