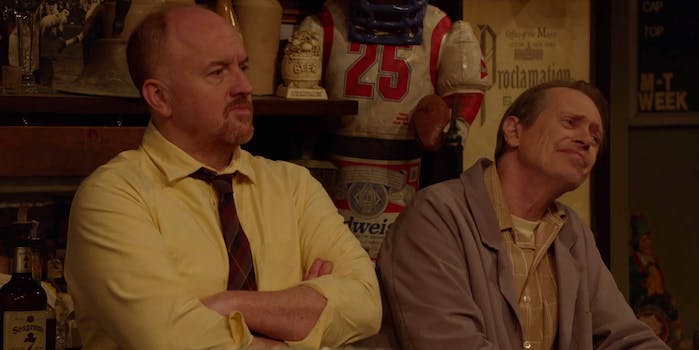 The Trump references take on a different weight now.

A couple months ago, Louis C.K. hinted that his self-released webseries Horace and Pete might be heading to Hulu. Now you can watch all 10 episodes there.

Nearly a year after its release, Hulu is the first platform to stream the series other than C.K.’s website, where he first alerted viewers to its existence in January. In another post, C.K. explained that he released the show himself because:

Part of the idea behind launching it on the site was to create a show in a new way and to provide it to you directly and immediately, without the usual promotion, banner ads, billboards and clips that tell you what the show feels and looks like before you get to see it for yourself.

He also treated fans subscribed to his email list to a screed about Trump in March, which ended with a plea to “please watch Horace and Pete.” The show’s Trump references take on a different weight now that he’s President-elect.

Hulu had no comment about whether it’d have a hand in a possible season 2, but it is the platform’s first deal with C.K.