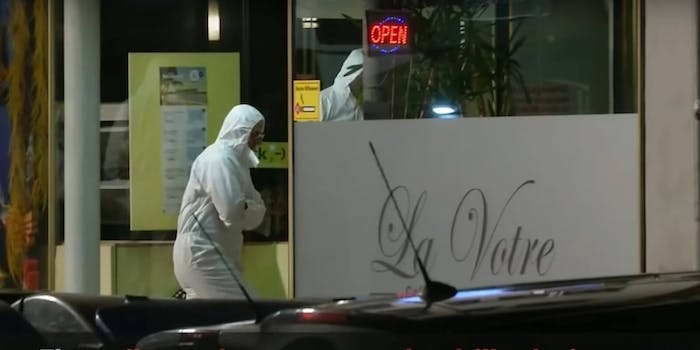 He killed 10 people in Germany.

The man who killed nine people at hookah bars in Germany this week published a racist 24-page manifesto online in which he described his neo-Nazi beliefs. The gunman, Tobias Rathjen, also uploaded a YouTube video a few days before his shooting spree in which he said certain groups of people needed either to be expelled from the country or destroyed.

The 43-year-old drove to two hookah bars on Wednesday night in Hanau, Germany, shot up both locations, killing nine people who had a “migrant background,” including five people from Turkey. The gunman was later found dead at his home after also killing his mother.

Since then, Rathjen’s online manifesto was discovered to espouse what Germany’s federal prosecutor called “deeply racist views” and “confused ideas and far-fetched conspiracy theories.” As the Daily Mail notes, the gunman continued his ramblings in his YouTube video, where he talked about invisible secret societies in America that use mind control and modernized a new system of slavery.

In his video, the gunman wore a sports jacket in a dimly lit room with a bed behind him next to a bookshelf filled with what looks like lined-up binders. He said in English that little children are abused, tortured, and killed at secret underground military bases in the U.S. He also claimed to have invented the phrase “America First.”

Since the shooting, the gunman’s manifesto has been taken down from what was apparently his personal website.

According to the Guardian, the gunman was not known previously to local police or German intelligence agencies for his right-wing views, and it doesn’t appear that he was a member of any kind of extremist organization.