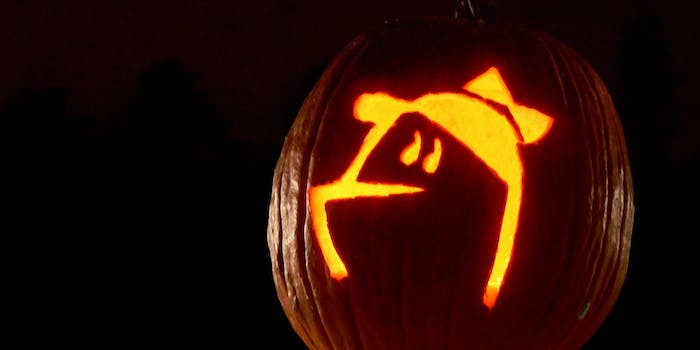 It’s the moment we’ve all been waiting for. Homestar Runner is getting back in costume for its first Halloween special in five years.

The famous webseries put out a teaser trailer for a new Halloween special on Monday. The tongue-in-cheek cartoon shows Homestar Runner dressing up as a neighborhood watch sign for a partnership with halloweensafety.gov—a site that, by the way, doesn’t actually exist.

It also promises a new Halloween special “sometime before Halloween.”

Fans have been eagerly anticipating Homestar Runner’s return ever since Mike and Matt Chapman shared a teaser video on April Fools’ Day. They’ve since come out with a hip-hop jam dedicated to the fisheye lens, starring Strong Bad and Coach Z. Strong Bad has also joined the social media age with his own Twitter account.

Too many ‘How do you tweet with boxing gloves on’ tweets! Must… drop… train on em!! pic.twitter.com/Eijem8DCfL

According to an interview with Rolling Stone, the Brothers Chaps plan on releasing new videos every couple of months. The brothers, who had a development deal with Disney and also worked on Yo Gabba Gabba!, say they’re getting back into it for the love of the series and its characters

Homestar Runner’s Halloween specials are some of the most famous videos on the site, with the characters dressing up in the best costumes pop culture has to offer. And fans have also been known to get into the Halloween spirit, dressing up as their favorite characters. Though usually, that doesn’t include the Poopsmith.

Photo via Sharat Ganapatl/Flickr (CC BY 2.0)