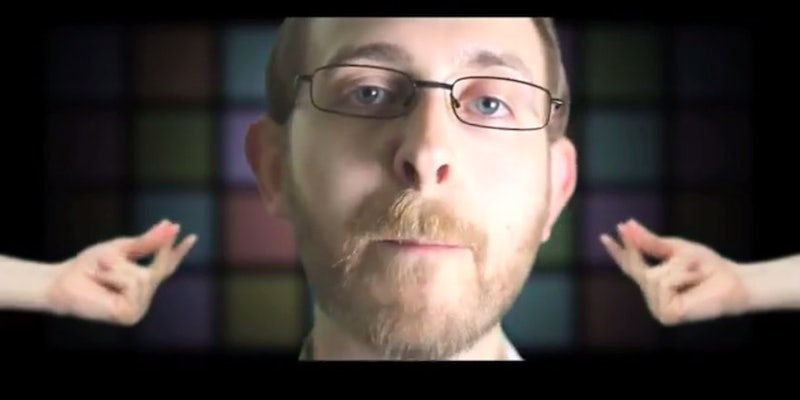 Cheeky British cover artist Brett Domino is back to tell YouTubers how to take their pop hit game to the next level.

Congratulations. If you paid attention during YouTuber Brett Domino’s last lesson on how to write a pop hit, you should be well on your way to millions of untold riches and incessant earworms by now.

But if you’re having trouble making your song rise above the rest of the ubiquitous bubblegum pop songs out there, Domino is back with part two of his manifesto, complete with catchy chorus-writing tips and Auto-Tune at the ready.

The best thing about Domino’s lessons is how rooted they are in roughly 85 percent of the pop music you’ve been mindlessly consuming for the last decade or so. Apart from the fact that these lessons clearly seem to stem straight from the K-Pop Academy of Songwriting, the hit Domino manages to whip up is actually pretty catchy. Cheekily inspired by Iggy Azalea, Domino somehow manages to drop the bass and the names of European cities, and it all works beautifully.

We’ll be singing this from Tokyo to Rome.