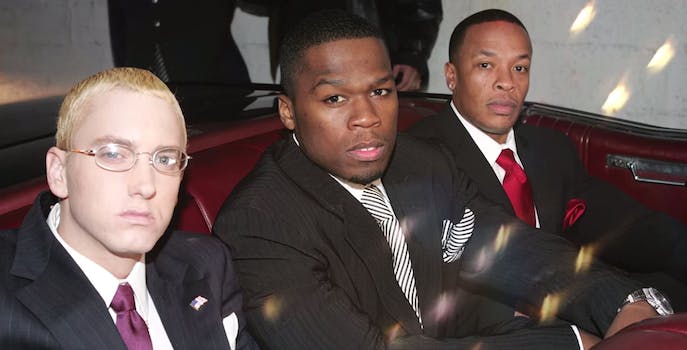 This season explores the rise of 50 Cent, Lil Wayne, Kanye West, and other big stars.

Now in its fourth season, Netflix’s documentary series Hip-Hop Evolution has remained compelling largely for its slow (but never dull), methodical approach to documenting hip hop history. Unlike Ice-T’s excellent documentary film The Art of Rap, which used a broader lens to study the artistry of the genre in a dense single package, each episode of Evolution has a narrower scope, usually focusing on the influences and legacy of regional scenes.

Thus, the first episode of season 1 explored rap’s roots in the late ’70s South Bronx, with the second episode showing how the genre expanded into downtown New York, making its way into Queens for a spotlight on Run-DMC in episode three, as they helped spark the birth of gangsta rap in South Central L.A., which that season’s fourth and final episode details. To that end, Hip-Hop Evolution season 4, still hosted by Canadian rapper Shad, is a bit unusual.

Its first episode, “Bounce to This,” explores the New Orleans’ hip-hop scene and its local subgenre, bounce. It gets more unorthodox with “The Southern Lab,” expanding the scope to three more southern cities with distinct rap scenes: Houston, home of the “chopped and screwed” production style; Memphis, founders of a darkly atmospheric sound championed by artists like Three 6 Mafia; and Atlanta, which had already been explored in season 3 with a focus on artists like TLC, Outkast, and other artists who emerged in the 90s. This time around, as the series movies into the aughts, the return to Atlanta focuses on the crunk subgenre, especially with Lil Jon and the surprise crossover success of “Get Low.”

In capturing how hip hop became more mainstream than ever in the 21st century, a change in structure for the series is necessary. After all, not only does this season foreshadow the streaming explosion (I imagine they’ll cover Soundcloud rap by season 7), making it easier for rappers to reach audiences beyond their local scene, but rappers and hip hop beats become fixtures of pop radio.

“The Super Producers” takes us to Virginia Beach, which didn’t have a hip-hop scene to speak of until New York producer Teddy Riley, credited as an inventor of New Jack Swing, relocated to there and discovered Pharrell Williams and Chad Hugo, soon to become known as superstar production duo The Neptunes. But the episode is less about Virginia Beach and more about how acclaimed producers like The Neptunes, as well as Timbaland, Missy Elliott, and Kanye West, helped hip hop secure its place in top 40 radio. Of course, Evolution doesn’t neglect the fact that many of these producers became A-list rappers in their own right, but it’s easy to forgot that prior to 2003 or so, pop stars like Justin Timberlake and Britney Spears working with hip hop producers was practically unheard of.

By the final episode of the season, “Street Dreams,” the series mostly drops the regional focus to capture the broader phenomenon of mixtapes. What started as an underground phenomenon of dubious legality helped little known rappers like 50 Cent and Lil Wayne find audiences before they reached superstardom, and its dismantling is credited with paving the way for rappers to reach across barriers through the internet.

Hip-Hop Evolution may have altered its winning structure to accommodate the genre’s status quo changes as it moves closer to present day, but it’s still a thrillingly comprehensive celebration of rap’s endless adaptability. Four seasons in, the series’ commitment to showing connective tissue from one rapper to another, one region to another, and one subgenre to another, is still paying off brilliantly.

Evolution‘s smart, confident tone is thanks largely to Shad, who approaches the subject matter with the curiosity and open-mindedness of a student, as if this show is his thesis for hip hop grad school. He’s also a terrific interviewer, clearly coming into every conversation with a great deal of appreciation and background knowledge while still keeping the spotlight squarely on his interviewees.

That makes it all the more disappointing that some of the most important figures this season discusses—among them 50 Cent, Lil Wayne, Kanye West, and Pharrell—don’t join Shad in front of the camera. It’s easy to understand why. Barely two decades later, these artists are still more-or-less as famous and active as they were when they had their big break, and surely are difficult “gets.” The nimble soundtrack and archival footage, as well as interviews with other people in these artists’ orbits, certainly keeps them visible, but it would’ve been even better if Shad had the opportunity to speak with them directly.

Luckily, that’s my only substantial complaint for what’s quietly become one of the most consistently satisfying shows currently in production. If you enjoy hip hop at all (and maybe even if you don’t) you’re not going to want to sleep on this or any other season.