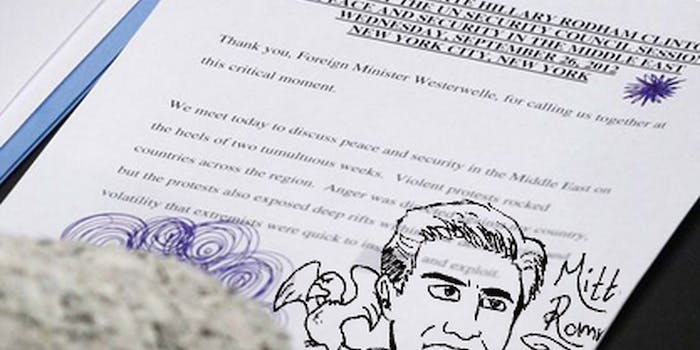 The secretary of state drew abstract shapes on a copy of her speech during a U.N. Security Council meeting, inspiring the Daily Dot to imagine what else she could have been doodling.

Whether it’s playing Solitaire on a computer or checking out suggestive photos of women on an iPad, politicians have unique ways of killing time while leading the free world.

During a recent U.N. Security Council meeting, Secretary of State Hillary Clinton amused herself by doodling on the notes for her speech.

The doodles were pretty ordinary and included what looked like a bunch of grapes, a large asterisk, and some large circles. But, as The Telegraph pointed out, Clinton isn’t the first high ranking U.S. politician to doodle during meetings.

“Ronald Reagan, the former US president, drew a series of faces, a human torso and an eye to get him through a ‘boring’ meeting of world leaders at the G7 conference in Ottawa, Canada in 1981. One of the doodles is a self portrait,” The Telegraph reported.

This is the second time this year that Clinton has been caught doing something ordinary and yet amazing. On April 5, a photo of Clinton on her cell phone inspired the Texts from Hillary meme and Tumblr photo blog, created by Stacy Lambe and Adam Smith. The meme ultimately went viral, with Clinton her own installment.

With that in mind, the Daily Dot has started a single-serving Tumblr, What Hillary Clinton Does When She’s Bored, to collect the best memes of the secretary of state doodling. Below, check out a few examples that we came up with. Then submit your own to potentially be featured on the blog! 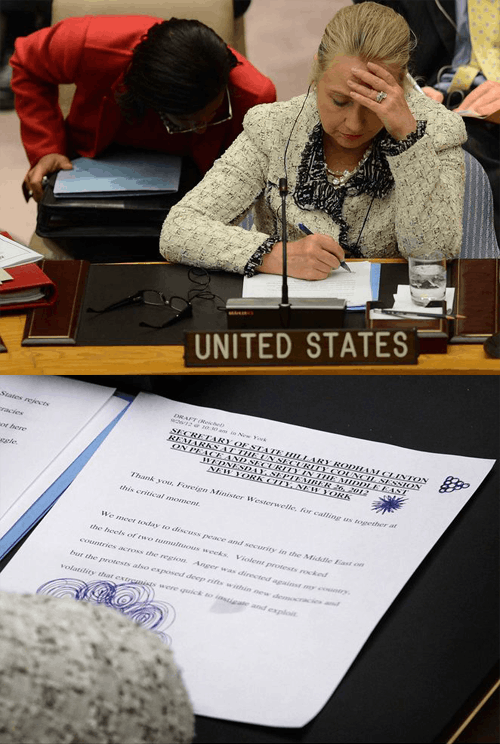 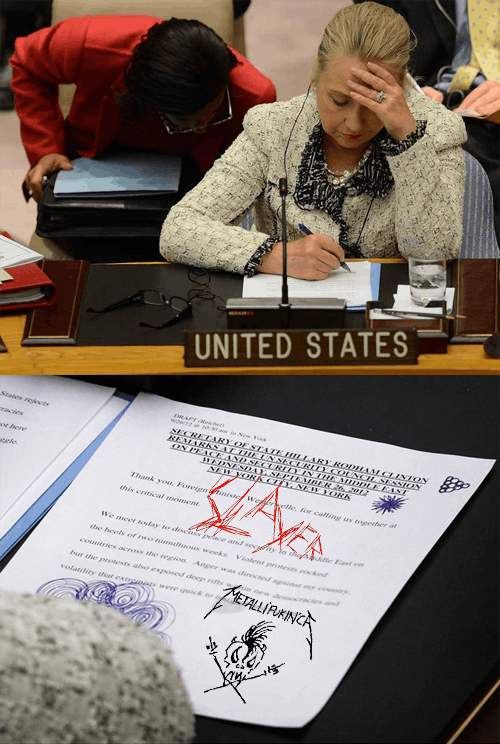 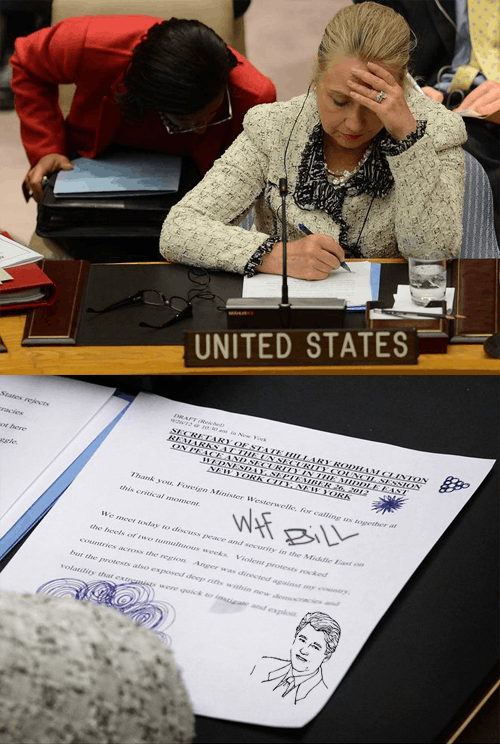 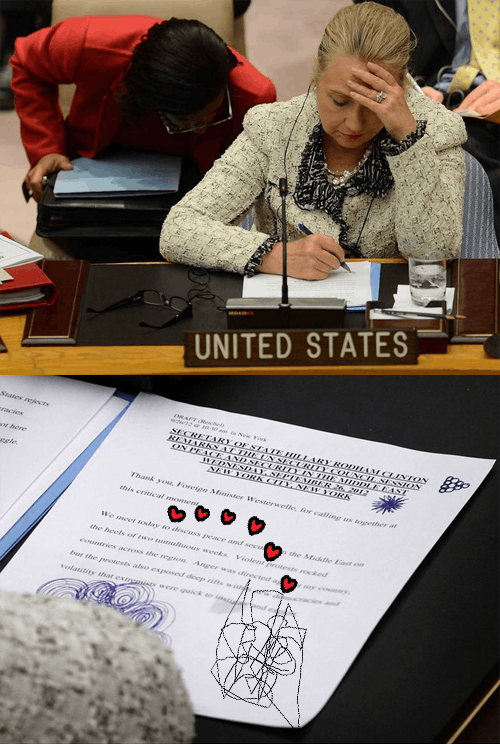 Photos via Getty and Reuters