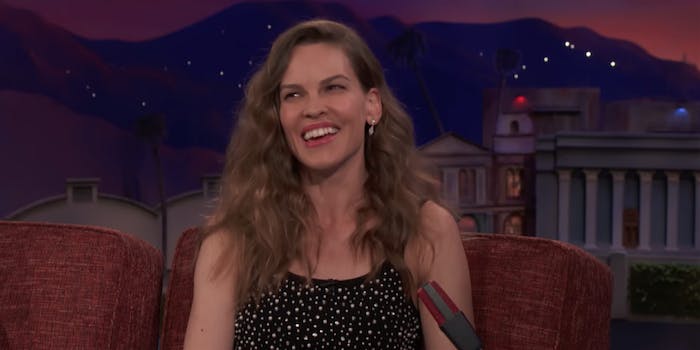 Hilary Swank will go to space in Netflix series ‘Away’

The series is loosely based on astronaut Scott Kelly's mission.

Netflix is sending Hilary Swank to space in upcoming series Away.

In the 10-episode series, Swank will play astronaut Emma Green, who is sent on a dangerous mission and must leave her daughter and husband behind. Away is loosely based on an Esquire article of the same name about astronaut Scott Kelly’s yearlong mission aboard the International Space Station from 2015 to 2016, the physical results of which were recently published. The IMDb entry for the series describes it as a “love story and survival tale set during the first human mission to Mars.”

Swank stars and executive produces, and The Path‘s Jessica Goldberg will be showrunner. Swank is also the lead in upcoming Netflix sci-fi film I Am Mother, about a future where children are raised by a robot called Mother. Away, created by playwright Andrew Hinderaker, follows last year’s critically panned Hulu series The First, which was also about a mission to Mars.