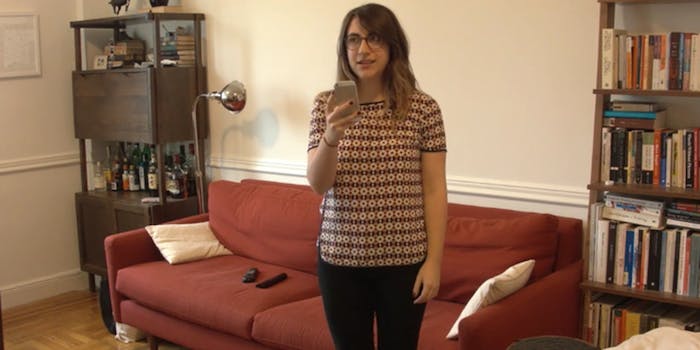 Seth Rogen would be the least helpful operating system ever

"Slow down, I ate too much mozzarella sticks," says Seth Rogen in Him.

Spike Jonze’s film Her seems to be seeping further and further into our pop culture consciousness, as we’re forced to explore our present humanity and the artificial intelligence of the not-too-distant future. That means it’s time for another parody.

In comedian Paul Gale’s version, Alison Vingiano takes on the role of Joaquin Phoenix’s Theodore Twombly, and “Seth Rogen,” voiced by Frank Garcia Hejl, steps in as Scarlett Johansson’s Samantha. One of the first things we hear is his laugh, and then Rogen proceeds to mashup every movie role he’s ever played into two-and-a-half minutes, proving himself a not-very-helpful operating system. He causes her to miss meetings, is possibly high, eats too many mozzarella sticks, and then THAT LAUGH.

A Her parody featuring Philip Seymour Hoffman as Samantha recently made the rounds, but Gale’s version is much funnier. Surprised Rogen and James Franco didn’t parody it already.