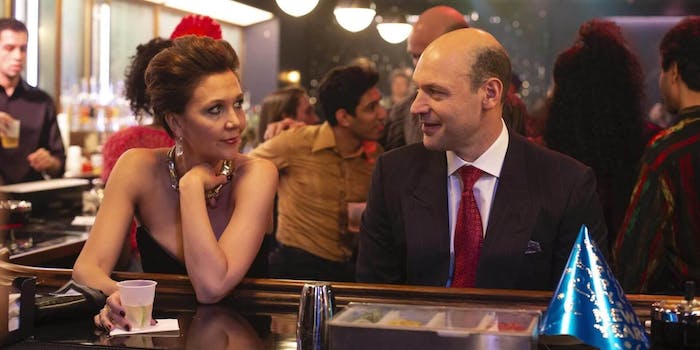 ‘The Deuce’ goes out on a glorious, bittersweet high note in season 3

David Simon creates another expert meditation on corruption and disenfranchisement.

There’s been a lot of discussion over the past few decades about the humanizing element of television. TV has made us relate to mobsters, drug lords, serial killers, and all other manner of bad guys and antiheroes. Yet when The Wire creator David Simon began developing HBO’s The Deuce, it was important he didn’t set out to make a show that “humanized” the porn industry. Instead, Simon entered the project with the assumption that his characters were already human, and that our ability to empathize with them should have less to do with breaking down stereotypes and more to do with exploring the assumptions we might have about sex work in the first place.

RELEASE DATE: 9/9/2019
CREATOR: David Simon
STREAMING: HBO
In its final season, ‘The Deuce’ cements its status as another important show from David Simon about power and disenfranchisement.

The Deuce season 3 also fits in storylines surrounding Wall Street and the AIDS crisis. Vince’s nephew, Joey (Michael Gandolfini), starts a stripping service for his trader buddies, with begrudging help from his father, Bobby (Wire alum Chris Bauer). Meanwhile, Paul (Chris Coy) tries to support his partner, Todd (Aaron Dean Eisenberg), as he battles AIDS. The downside to Simon tackling this dark period in history is that there’s no way to devote as much time to it as it deserves. Still, it would feel wrong not to cover this issue in a show about the New York sex industry in the 1980s, and The Deuce handles the material gracefully, with many of the season’s most affecting scenes surrounding Paul and Todd.

Many other moments tug at the heartstrings in season 3. In a subplot ripped from Paul Schrader’s Hardcore, Melissa (an excellent Olivia Luccardi) gets paid a visit from her absentee father (guest star David Morse). There’s clearly a history of anger and possibly abuse here, but the show frames the whole exchange delicately and thoughtfully. Even Franco gets moments to shine, like when Vince looks around his club as the Talking Heads’ “Once in a Lifetime” plays. He knows all of this will soon be gone, and his definition of normal will have to change.

While it will be sad to see The Deuce come to an end after season 3, it’s nice to see the show going out on a high note, if an under-appreciated one. (HBO is dropping it on Mondays rather than the usual Sunday night scheduling, a sign it was never going to survive long among the network’s expanded programming options.) Another expert meditation on corruption and disenfranchisement from Simon, The Deuce hammers home the fact that sex work should be normalized, not demonized. Yet it also demonstrates that, as with so many things, it can never truly be good as long as those in power use it to subjugate others.