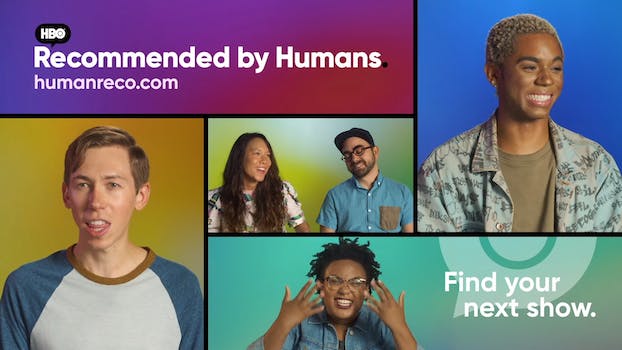 HBO launches ‘Recommended by Humans,’ a dunk on Netflix’s algorithm

First 'Friends,' and now this?

The streaming wars are definitely upon us, and it’s brutal out there. On Tuesday, HBO launched “Recommended by Humans,” the company’s newest marketing site and a not-so-subtle dunk on Netflix’s algorithm-driven features.

There you’ll find human testimonials of roughly 50 of HBO’s shows and movies paired alongside trailers and samples to watch for free. The sample covers the first episode of the TV shows and multi-part documentaries, which is possibly enough to get you hooked on some of the company’s heavy hitters, like The Wire, The Sopranos, Game of Thrones, or the recently released Gen-Z drama Euphoria. Yes, the same one that Leonardo DiCaprio reportedly adores watching. A few full-length documentaries also appear to be offered in their entirety, such as Going Clear: Scientology and the Prison of Belief (which currently has a 95% on Rotten Tomatoes).

HBO makes it clear that these testimonials weren’t free in a message on the site’s landing page: “We paid them for their time because we’re not monsters.” Though its cute wording makes this less clear, that means people were paid to hype up HBO’s programming–so take their “fan” credentials with a grain of salt.

While HBO has launched marketing campaigns that offered free peeks at its content in the past, this is the first one to include fan reviews, according to Variety. HBO said it plans to add more content to the site in the future and encouraged other fans to share their own recommendations with the hashtag #HumanReco.

What's your #humanreco for greatest show of all time? HBO answers only. pic.twitter.com/z4LarP937v

HBO now seems to be up 2-0 in the streaming wars against Netflix. First, HBO announced its plans to snatch Friends from Netflix’s platform in 2020, now this.