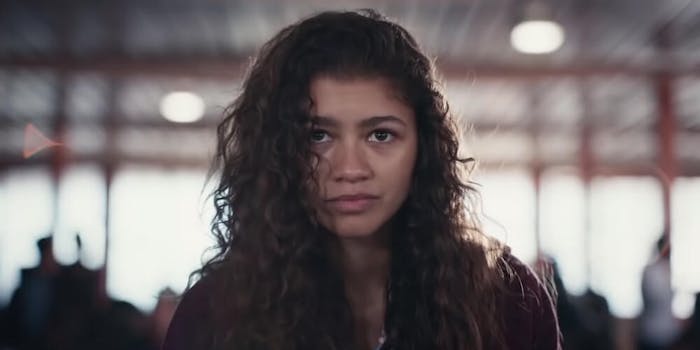 HBO to add mental health disclaimer before ‘Euphoria,’ among other shows

HBO also tapped a doctor to discuss the shows' depictions of mental illness.

As a part of HBO‘s new initiative “It’s OK,” mental health disclaimers will now be aired before certain shows, including Euphoria, Girls, The Sopranos, Barry, and others.

The network’s move is meant to highlight and destigmatize mental health issues, foster conversation by educating viewers about specific illnesses that appear in the shows, and provide information to anyone who may be suffering or in need of help. The disclaimers will run right before a show, along with the standard warnings about ratings and viewer discretion.

“HBO has always been at the forefront of telling stories featuring complex characters, some of whom deal with mental illness, from The Sopranos to Euphoria, encouraging more conversation around the different facets of mental health,” Jason Mulderig, vice president of brand and product marketing at HBO, told Variety. “We are not saying ‘viewer discretion is advised.’ We are saying ‘viewer conversation is encouraged.'”

HBO’s bid to raise awareness about mental health was established with the help of NAMI (National Alliance on Mental Health). As a part of the effort, the premium network will also debut a short series titled Doctor Commentaries, in which clinical psychologist and mental health advocate Dr. Ali Mattu will discuss some of the illnesses presented in the HBO shows. The two-to three-minute videos will be posted on both HBO and Mattu’s YouTube channels.

“If you are not diagnosed with OCD, try not to joke about it,” Mattu expresses in between clips of Dunham’s character experiencing an OCD meltdown. “It can be really hard to talk about OCD and it’s why I’m so happy shows like this exist. It gives us a place to start a conversation to hopefully move things forward.”