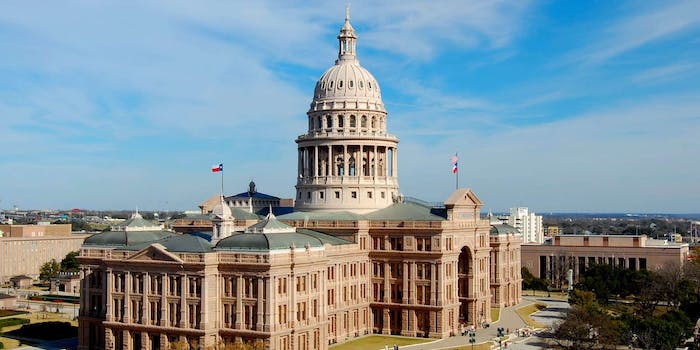 The dirty reality behind HBO political drama ‘God Save Texas’

Everything really is bigger in Texas.

With the critical success of Netflix’s House of Cards, it seems that HBO—which was famously outbid for the David Fincher show—wanted to get in on the political drama action. And so the network will dive into the Texas Legislature with God Save Texas. Having worked in the Texas Legislature and having seen firsthand the insanity that was 2013’s session, I can safely say everyone should be excited for an action-packed show.

House of Cards can be quite relatable; every American citizen is represented by a U.S. congressman. God Save Texas, on the other hand, will be incredibly localized, only dealing with issues relevant to the Lone Star State. But with leadership like Gov. Rick Perry—a 2012 presidential candidate, and one rumored to join the 2016 fray—Wendy Davis, Greg Abbott, and Leticia Van de Putte, and policies on abortion and immigration making national headlines, the old adage about everything being bigger in Texas really holds true. Here’s what to keep an eye out for when the show eventually premieres.

Those five months are incredibly intense. Because time is so short, hearings can last long into the night, with people testifying for and against bills in the wee hours of the morning. Things also get really bitter really quickly; one killed bill is responded to by another killed bill. HBO viewers will hopefully get an inside look at the backroom dealings, arguments, and candid things reps say about each other. We’re sure there’s going to be a lot of drawled swearing.

It’s a hotbed of gluttony and vice

For five months, lobbyists spend a ton of money on brisket and booze. There’s so much free barbecue, ice cream, and alcohol, staff members only need to feed themselves for half the week. Representatives seldom, if ever, need to buy their own lunch. Texas is so open with its lobbyists, especially its oil lobby, that many representatives can be easily swayed. Viewers may finally see which reps succumb to oil dollars, or at least how tempting it can be.

The Texas Legislature has also become victim to certain vices. State rep Naomi Gonzalez was arrested for driving under the influence in 2013; she won’t be representing El Paso in 2015.

Again, Texas hates government. The annual salary for a state representative is $7,200 a year—which, yes, averages out to $600 a month. That makes it easy to see why it might be very tempting for representatives to fall for big corporate dollars. The representatives that don’t have those funds usually cannot afford the expensive campaign costs to keep their seats. It’s also not uncommon to see a freshman representative raise more money than a long tenured rep just because of the oil lobby.

The stress surrounding finances deserves a big part in the show’s overall narrative. Texas politics can really be a beast, and money is a big part of that.

Surprisingly, Texas has a very connected Legislature. There are iPads all throughout the capitol helping people sign themselves up for hearings, and all bills are digitally stored and can be pulled up at any time. Twitter becomes a part of each session. The hashtag #TXlege becomes the de facto way to find out what’s going on in the capitol. During the SB 5 abortion debate last session, Twitter users were quick to call out any shenanigans on the Senate floor—or in the media coverage surrounding it.

Some of the most contentious pieces of policy that get pushed by the Republican majority are ideological bills, like those related to abortion, which might make it easy for HBO to make Republicans out to be overly evil. The network has already pushed left-leaning shows like Veep, so it wouldn’t be too out of the ordinary for it to push God Save Texas from a democratic perspective. This is of course just speculation, but it would be interesting to see if the show came from a conservative Republican—or even staunch Tea Party—perspective.

The stressful timeline, strong partisan politics, pressure from lobbyists, and unyielding free alcohol makes for a hellish five months. It’s surprising that anything gets passed. But watching events like last session’s Wendy Davis filibuster is an excellent reminder that sometimes, in politics, truth is stranger than fiction—and it’s that truth that will make God Save Texas a blast to watch.