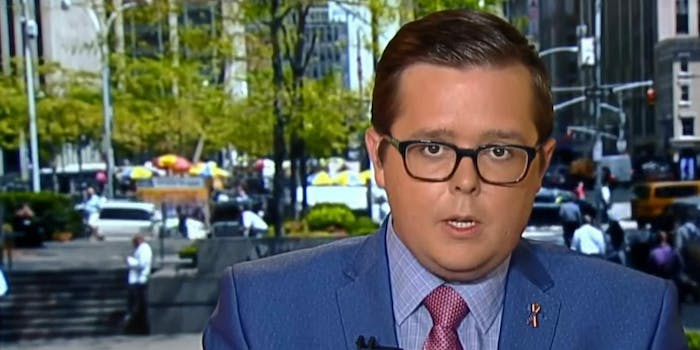 Fiscal conservatism at its best.

Fiscal conservatism, on paper anyway, tends to adhere to minimal government spending, low taxes, and generally just walking a very fine tightrope between revenue and spending, which is why it’s extra confusing (and funny) when a Trump surrogate pays $25 for a gin and tonic. Harlan Hill, an advisory board member for the 2020 Trump campaign and Fox News political commentator not only paid a ludicrous amount for the basic beverage but also complained about the attendant biodegradable straw.

When Hill posted his gripes to Twitter, the denizens of social media couldn’t help but dunk on the conservative figure.

“Enjoying a $25 gin and tonic at the Four Seasons,” Hill tweeted Thursday night. “Too bad my PAPER straw is melting. Liberalism is a disease.”

First came the obvious question: Who in their right mind would pay $25 for one of the world’s most basic cocktails? A gin and tonic might top out at $16 at a fancy bar in a major city like San Franciscso—pricey for sure, but a far cry from Hill’s $25 version.

[paying $25 for a cocktail with two ingredients] let me tell you why Liberals are stupid pic.twitter.com/SmK2j1EHR5

Liberalism is an ideology, alcoholism is a disease. Also,
1) wrong glass for a G&T
2) don't drink G&T through a straw
3) Paying $25 for a G&T and thinking it's the straw that sucks is on a par with paying with your soul to make Trump POTUS and thinking he doesn't suck.

One Twitter user even mocked Hill by calling back to conservative grifter Jacob Wohl’s “overhead in a liberal coffee shop” meme.

Then there were the folks who called out Hill for the strange state of his “gin and tonic,” noting the white foam and tall glass uncharacteristic for such a drink.

1. Who the hell drinks a gin and tonic with a straw? 2. Gin and tonics are clear. Your straw is black. The amount of white residue in that glass makes me think it’s a pina colada. Stop trying to make yourself sound cooler than you are.

If non-plastic straws get you as frothy as that $25 gin and tonic* maybe you should try drinking from the glass.

*thats definitely not a gin and tonic

Why is there white foam (?) in your overpriced gin and tonic? https://t.co/NvCxuIK0k9

Of course, it wouldn’t be a Twitter roast without at least one comparison to a cartoon.

It seems Hill isn’t the only conservative ordering questionable drinks and then complaining about the available straw options. Amber Athey, a media and breaking news editor for the Daily Caller, also appears to have been at the same hotel and ordered a “gin drink,” only to receive the same mysteriously foamy beverage. She also tweeted the same joke as Hill, at around the same time.

Spent half of my rent money on this gin drink at the Four Seasons only for this sickening paper straw to dissolve in my mouth lmao. Liberalism is a joke. pic.twitter.com/2k6EGRGedN

All the haranguing must have gotten to him; Hill deleted the tweet on Saturday.