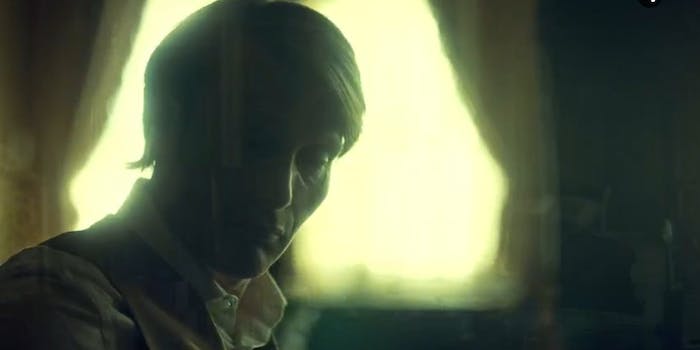 The life of a serial killer is a glamorous one.

Hannibal ended its second season with an utter bloodbath that didn’t bode well for, well, basically anyone on the show except the titular character.

But from the looks of season 3, which lands on NBC next week, things have been going just fine for Hannibal himself. Mads Mikkelsen’s mild-mannered, utterly diabolical character has been living in the lap of luxury while we were gnawing our fingernails with worry (no other body parts, promise).

In this exclusive preview for the season opener, “Antipasto,” we get a gorgeously filmed glimpse of what seems to be his sabbatical in Florence. Hannibal appears to be deep in his study of human hearts, casually surrounded by macabre instruments of human torture in the world’s creepiest research lab. It’s gorgeous but cold, much like Hannibal himself.

And Hannibal looks a bit bored. This can’t be good.

Like everything else about Bryan Fuller‘s intricate show, the aesthetic is deceptively beautiful—the seductive lure Fuller has used to attract some of the hottest names in horror to helm episodes of this show.

Refined, classical, and quiet, this preview practically drips with mayhem and carnage in absentia—and the less we know about what those terrifying iron jaws are for, or what’s stored in those rows of display cases, the better.