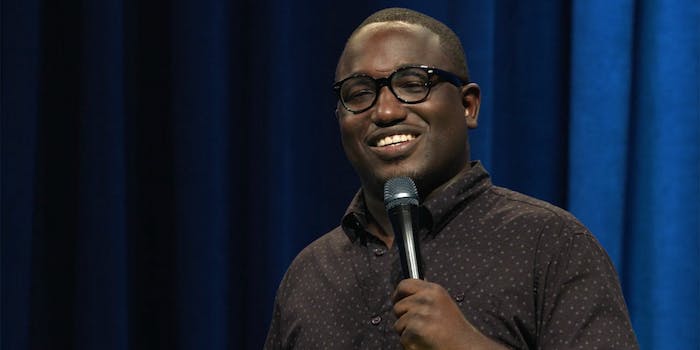 On Saturday, comedian Hannibal Buress was arrested in Miami, setting off the #freehannibal movement.

According to the Miami Herald, Buress was arrested in the Wynwood area of Miami, where Art Basel was taking place, for disorderly intoxication. However in the arrest video, when Buress asks why he’s being detained, one officer says “trespassing.”

“Y’all goofy as fuck,” Buress responds after trying to get a straight answer out of the officers. “You know you goofy as fuck, right?”

According to the Herald, the police report states that Buress was publicly intoxicated and that he asked an officer standing nearby to call him an Uber on Saturday night. After the officer declined, Buress reportedly became “angry and belligerent.”

Buress has not yet made a public statement, but he joined in with the GIFs on Sunday when he was released. He also tweeted a Clipse song as a status update.