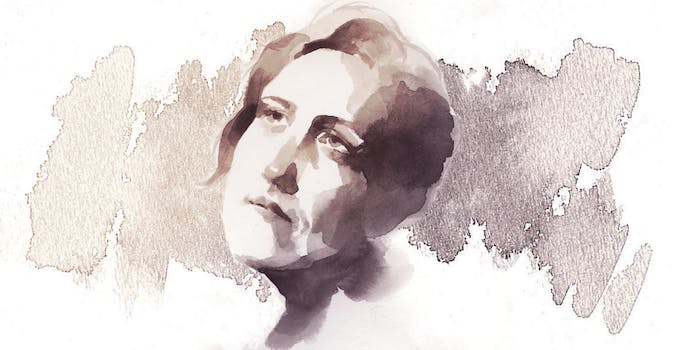 The happy accidents of Hannah Hart

Whether in the kitchen or on set, Hart is living her best life.

It all started with a happy accident.

In March 2011, Hannah Hart recorded a video of herself drunkenly making grilled cheese (without the cheese) and sent it to a friend online. She called it “My Drunk Kitchen,” and it hilariously captured the all-too-real struggle of arriving home after imbibing a few too many drinks and desperately trying to soak up the alcohol with whatever’s left in the fridge.

She never expected what happened next.

“I noticed that a bunch of people were watching [the video] saying, ‘This is my new favorite show on YouTube!’ And I was like, ‘Show on YouTube? What are you talking about?’ And then I kind of dived in.”

The rest is history. Over the last five years, Hart’s YouTube channel has expanded to nearly 2.5 million subscribers who tune in weekly to watch her cook, sip a glass of wine or maybe scotch, and talk about her projects, experiences, and personal beliefs. Hart has built an entire online community around her cheerful, pleasant demeanor and sunny outlook on life. Her motto is “Practice reckless optimism,” which sounds like a contrived quote you’d find on an art print in an Etsy shop, but Hart takes it seriously.

Hart’s ability to maintain a positive outlook is impressive, especially considering how hard it can be as a woman on the internet. Female YouTubers often endure salacious, sexualized, sometimes threatening comments, and though progress has been made, sexism in the YouTube community is still rampant. But Hart refuses to be identified solely by gender confines.

“It feels like we’re all in college together, and it’s like we all live in the same online dorm.”

Hart has surrounded herself with strong female colleagues in the YouTube world. She’s friends with Grace Helbig, Mamrie Hart (no relation), and Colleen Ballinger (better known to the internet as Miranda Sings), to name just a few, and she gathers strength and inspiration from the camaraderie. Hart starred in a feature-length film with Helbig and Mamrie Hart, Camp Takota, and the three have toured together. Earlier this year, they also released a foodie app, Dysh, with Ingrid Nilsen.

“I think that one of the most helpful pieces of advice I’ve ever been given is, ‘No matter how slowly you go, don’t stop.’ And so long as you’re taking yourself in the direction of the things you want, even if you don’t get them, you’re going to have a happier life in pursuit of that. As long as you’re honoring yourself and respecting yourself and respecting those around you—yeah, for sure, go for it! Go for your dreams. But, you know, also check that you’re doing it for the right value. If you’re just doing it for attention, it’s never going to feel like it’s enough. If you make attention your goal, no matter how famous you become, it’s not enough attention.

“The best part about producing your own content is that nobody can ever take that away from you, no matter what, no matter how big or how small you are. If you have the urge to create, you’ll always be able to.”

Hart clearly follows her own advice. In August 2014, she published her first book, a parody cookbook titled My Drunk Kitchen: A Guide to Eating, Drinking, and Going With Your Gut. It made its way to the New York Times bestseller list, but it wasn’t easy getting it published in the first place.

“I moved to L.A. and decided to try and sell a book, and they were like, ‘Nobody wants books from YouTubers,’ and I was like, ‘Haha, well, screw you.’ And then they bought it, and then they were like, ‘Holy shit, everybody wants books from YouTubers. Wait, what?!’ And then everybody did a book,” Hart told the Daily Dot, laughing. It’s true: Everyone from Michelle Phan to Shane Dawson has published a memoir at this point, including both Helbig and Mamrie Hart.

Her second book, Buffering: Unshared Tales of a Life Fully Loaded, is set to be published this fall. It’s a closer look at the YouTuber’s personal life. Where My Drunk Kitchen was funny and satirical, Buffering cuts deeper. The book addresses Hart’s experience with issues of sexuality, religion, friendship, adjusting to fame, and mental health. Hart’s mother has schizophrenia, and the book delves into her personal experiences with the mental health system and the period when her mother was homeless.

“It’s an autobiographical narrative about things in my life that are difficult to sum up in a video or to sum up in 140-character tweet,” Hart said.

“The best part about producing your own content is that nobody can ever take that away from you.”

It’s not all serious, though. Buffering also regales its readers with the tale of the night Hart and Helbig got tattoos at 4am in Toronto while shooting Electra Woman & Dyna Girl, their latest movie project together.

Electra Woman & Dyna Girl, which launched on digital platforms on June 7, is a reboot of Sid and Marty Krofft’s 1970s TV series of the same name, and it’s full of total badassery from YouTube’s favorite odd couple.

“Grace and I went into the project with the idea behind the project making it very clear that these were going to be superheroes that in no way were sexualized or objectified,” Hart said. “Their costumes had to be functional. They had to be wearing combat boots instead of, like, high heels. What we’re really proud of is there’s also no romance plot in it, because so often people choose to put women in the category of romance only, and we weren’t interested in telling a love story. We wanted to tell a kickass superhero story.”

Hart’s also working on another film, Dirty Thirty, which is expected to be released later this year, and she recently launched While the Water Boils, a partnership with Barilla—yes, that Barilla, the pasta company—that finds her interviewing celebrities like Bill Nye and Rachel Zoe in videos that last about as long as it takes to boil a pot of pasta.

“[While the Water Boils] is a great marker of how the YouTube space has developed. Before, working with brands and advertisers has been so difficult because they don’t understand that I care more about sending a message to my community rather than selling their product. And Barilla has been a wonderful, wonderful partner because they get that,” Hart said. “I hope people watch it. I hope people like it. I would love, love, love to do more.”

At 29, Hart’s already accomplished enough for a lifetime. What more is there to do? I asked her where she saw herself in five years. “You know, I never make long-term goals like that,” she responded. “I hope that in five years, I will be even more content than I already am. I hope to see myself on the next stages of the same path.”

Hart calls the last five years a “wild ride,” and it’s not a ride without its regrets. The journey has been more than just professional for her—she’s learned a lot about herself emotionally and mentally along the way.

“[If I could do anything differently,] I probably would’ve learned to love myself a lot sooner,” Hart said. “I probably would’ve learned to take care of myself sooner. I think that one of the greatest gifts I’ve been given in my life is this amazing community and this amazing channel and this opportunity to be a role model. And it inspired me to be the best version of me that I can be. And I wish that for everyone.”