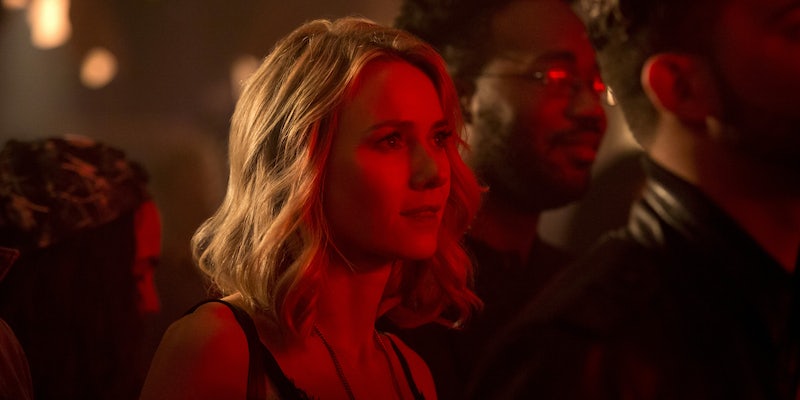 ‘Gypsy’ is a perfect example of Netflix’s quality control problem

Despite an inspired Naomi Watts, this original series is a mess.

Starring Naomi Watts as Jean Holloway, a therapist who becomes too involved in her patients’ lives, Netflix‘s Gypsy is somewhere in between schlocky soap opera and pulpy melodrama. Watts and a talented supporting cast including Billy Crudup and Sing Street’s Lucy Boynton do what they can to elevate the material from first-time series creator Lisa Rubin, but there’s no saving Gypsy from itself.

It’s not Netflix’s worst original, but it ranks somewhere in the lower-middle tier of its offerings.

Everything about Gypsy is off, starting with its look. Sam Taylor-Johnson, who helped set the tone for the series by directing the first few episodes, shoots much of it with distracting soft lighting. The show looks too bright, too digital, and too fake. Taylor-Johnson isn’t a bad director (the New York Times called the show “well-made bad TV”) but one gets the sense she was not sure how to handle what she had. It’s like she’s employing the same half-campy, half-serious style she used for Fifty Shades of Grey, except that the show refuses to sway one way or another, and instead ends up in a rigid, uncomfortable middle.

Another director, a David Fincher, for instance, might’ve been able to merge the pulp factor with the show’s underlying tension to create a more satisfying (not to mention better-looking) thriller. Rumor has it that Netflix gave Rubin mixed signals about what the streaming giant thought the show should be, and whether it was Netflix or Rubin or someone else who got their wires crossed, the result is a messy disappointment that’s tonally inconsistent.

Take the opening title sequence. It’s a series of glass-filtered images, soundtracked to Fleetwood Mac’s (you guessed it) “Gypsy,” re-recorded for the show by Stevie Nicks herself. It’s a strange, jarring, hauntingly beautiful intro, and yet it’s also completely ridiculous. Something about the self-seriousness of the song combined with the too-pretty images, or the supposedly intense subject matter of the show juxtaposed with the use of this soft rock anthem does not work. “Gypsy” is a great song, and it even fits with the show’s themes. But in the context of the show, the opening plays much like the rest of the series—a peculiar misfire.

Gypsy can never fully get behind what it’s selling. Early on in the show, Jean becomes obsessed with Sidney (Sophie Cookson), the seductive ex-girlfriend of a patient (Karl Glusman), and falls for her uninhibited free spirit. Except that Sid never jumps off the page to become more than a composite of qualities. Look no further than the scenes when Jean listens to Sid’s music for evidence. She’s transfixed by it, by her. There’s something special about Sid and everything that she emanates. Except that Sid’s music is painfully boring and bad in the most generic, inoffensive way. Much as Cookson and the writing try to convince us that she is worth blowing up your life for, Sid is an idea, not a character. She’s a “cool girl” who would feel more at home in a cliche male-driven story.

Not everything in Gypsy works as poorly as this central relationship. Boynton, playing a vulnerable, drug-addled young woman injects some much-needed life into all of her scenes. And Crudup brings a surprising amount of dimension to Jean’s husband, Michael, even when the scripts don’t give him much to do. A storyline about Jean’s young daughter, Dolly, questioning her gender identity feels too timely but is somehow one of the more interesting elements of the series. It’s not a good sign, however, when the budding sexuality of the main character’s daughter is more compelling than her own romantic trysts.

It’s hard not to feel a little sorry for Watts, who thankfully was also given a role in David Lynch’s revived Twin Peaks this year. She’s such a gifted actress and to see her wasted on an aimless, bad series is a shame. One only has to revisit Mulholland Drive, her last collaboration with Lynch, to see what she can do with a unique psychosexual thriller.

If Gypsy wasn’t constantly on a tonal seesaw, Rubin’s examination of therapy as voyeurism could’ve yielded some interesting results. Unfortunately similar stories have already been told better, in movies like Spellbound, Carol, and American Beauty—and shows like The Sopranos, Transparent, and Big Little Lies. On top of which, Gypsy commits the cardinal Netflix sin of being too long. It’s only 10 episodes, but with each of them running 45-60 minutes, there are much better ways to spend your time.

Does Netflix even care if this show is good? Or did it know this was a turkey and quietly upload it?

For as much creative control Netflix purports to give its talent, the reason many Netflix series ultimately get made is because some algorithm commanded so. (See: Adam Sandler’s multi-picture deal.) An algorithm cannot make a good show, you still need people for that. And when the algorithm, Netflix, and creators all have different ideas about what a show should be, you end up with throwaways like Gypsy, which get tossed onto a heap of other original content, their fate to be determined by numbers which aren’t even revealed to the public.

Gypsy is not unwatchable, it’ll just get buried in your queue.