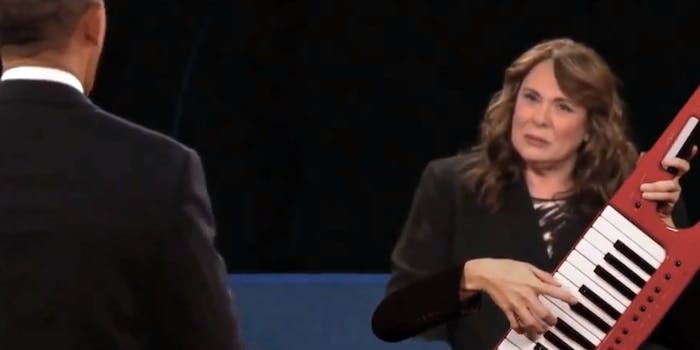 Another presidential debate, another opportunity for the Gregory Brothers to Songify some politicians.

Released Wednesday morning, “Town Hall Debate Songify” rides for just under three minutes on one of the most funky melodies the Gregory Brothers have ever employed. No wonder it’s being sung by the fictional “would-be Motown band” [Candy] Crowley and the Town Hallians.

The Gregory Brothers don’t stray too far from the basic discourse of last night’s events, running a remix on health issues, economic stability, and the United States’ employment situation.

This is, however, the only Gregory Brothers track that I could foresee installing onto a party playlist.

Put it on and put it on repeat. Who knows. You might even learn a little.

Photo via The Gregory Brothers/YouTube